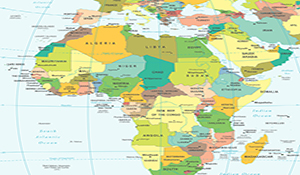 Examinations of Saudi-Iranian Gray Zone Competition in MENA, and of Potential Outcomes of the Flow of Foreign Fighters to the United States.

The United States is regularly challenged by the actions of states and non-state actors in the nebulous, confusing, and ambiguous environment known as the Gray Zone. Planners, decision makers, and operators within the national security enterprise need to understand what tools are available for their use in the Gray Zone and how to best develop, employ, and coordinate those tools. This report summarizes the results of simulations created and executed by the ICONS Project as part of a larger study to capture at least some of the information needed toward that end.

On October 24, 26, and 28, 2016, under the guidance of the Pentagon’s Office of Strategic Multi- Layer Assessment and the Department of Homeland Security’s Office of University Programs, staff of the ICONS Project at the University of Maryland executed three simulations. Two of these examined competition between Iran and Saudi Arabia in the Gray Zone, both direct and through proxies. The third examined the threat to the homeland of a collapse of Islamic State in Iraq and Syria.

Participants in the simulations were drawn from various U.S. government agencies and from universities, research centers, think tanks, foreign governments and militaries. Within each of the three simulations participants were given start states and asked to react to events introduced into the scenario. Broadly, the start states placed the participants in mid-2017, about six months into a new U.S. administration. They were told the USG had placed a priority on understanding and shaping the relationship between Iran and Saudi Arabia (in two of the simulations) or in understanding and protecting the homeland against any threat evolving from the competition between Islamic State and Al Qaida (in the third). Play in each of the simulations took place virtually with participants joining via ICONSnet from around the world. Each of the three simulations ran for four hours.

There were five principal take-aways from these simulations:

Participants in the Iran-Saudi Arabia simulations stated in after action reviews their belief that the U.S. must recruit, train, and deploy the right people with the right skills, including a mix of government and non-government thinkers. There was also a note that the USG lacked a cabinet level information agency dedicated to developing and disseminating the U.S. narrative and to countering enemy narratives.

In their after-action reviews, participants in the foreign fighter scenario focused on the difficulties of developing and maintaining a common operating picture across federal, state, and local entities; on the importance of understanding the roles, capabilities, and authorities of each entity; on the importance of accurate and timely intelligence, and how to share information to best effect across agencies where security clearance levels vary.