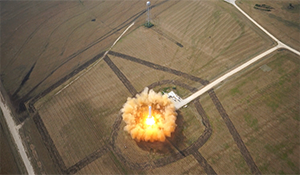 [Q13] What are the national security implications of increasingly accessible and affordable commercial launch services? Are these the same for the US and near-peers or states with emergent space capabilities? A Virtual Think Tank (ViTTa)® Report.

The experts solicited in this effort agree that there will be wide-ranging national security challenges and a few benefits arising from decreased launch costs. The challenges are largely derived from two structural changes to the space domain: more actors and a wider diversity of payloads. The subject matter experts indicate that changing commercial launch technology alters the monetary costs of the types and timing of deliverables national space programs can produce. These potential transformations of national space programs affect: military procurement patterns, environmental destruction, informational supply chains, and military space operations.

The diversity and number of actors accessing space and the types of objects in space is increasing over time, seemingly exponentially. According to Dr. Malcolm Davis of the Australian Strategic Policy Institute, a suite of commercial entities, “SpaceX, Blue Origin, Virgin Galactic, and Stratolaunch, amongst others,” are “either launching payloads or soon will be, in new ways that opens up access to space to a broader customer base and at a lower cost and with greater responsiveness.”6 Dr. Deganit Paikowsky of Tel Aviv University observes that commercial entities are one of the “two new types of players [that] joined global space activity” due to decreased costs to launch. Historically, larger incumbent companies, such as Boeing and Lockheed Martin, have used government corporate subsidies to drive their product cycles. Lowered costs to launch have added “(a) small and developing countries [and] (b) private sector players” to the mix of actors in space.

More actors with access to space has led, unsurprisingly, to more material in space of varying quality. Dr. Damon Coletta of the United States Air Force Academy incisively notes that what “looks like a change in launch services” and costs is actually “an advancement and diffusion of technology for building small, lightweight, highly capable payloads.” Marc Berkowitz of Lockheed Martin maintains that further increasing the number of nation-state and sub-national actors able to access space…risks continuing to make the space domain more congested and complex. Such increased congestion and complexity will impose additional resource burdens on space domain awareness capabilities and could create additional debris or other hazardous operating conditions that pose risks of mishaps.

The diversity of payloads, Dr. Luca Rossettini of D-Orbit postulates, creates physical danger from an atmosphere of cheap objects threatening the integrity of government-sponsored space systems:

The increasing and unregulated launch of satellites—23,000 satellites have been forecasted for the next ten years, and this estimate grows every three months—may pose several risks. In fact, most of these satellites are designed to be manufactured using COTS (commercial off-the-shelf) components. Hence, they are less reliable than government-type satellites, and their death rate will be higher than the current average.

How the Implications Differ (or Not) Across the International System

One implication of increasingly affordable launch services that the experts consistently identify is how launch services shift the military procurement deliverables of national space programs. Nations with advanced commercial space sectors would gain more value for their spending and allowing for new timelines of development within both emerging and legacy national space programs, experts postulate. Elliot Carol of Ripple Aerospace observes that any country’s “military budget goes a lot further,” including the United States, if those countries are no longer “paying ULA a couple hundred million dollars for the next launch, but are paying SpaceX $62 million a launch.”

Although saving money in space programs appears to be primarily an economic benefit, these cost savings yield steep national security implications. Shifting the necessary allocation of resources affects the whole of countries’ defense industries and the distribution of capabilities across the international system to those countries whose responses to these changes are strategic and forward-thinking. Berkowitz argues in this vein: “An advantage should accrue to the side that mitigates the risks and takes advantage of the opportunities created by accessible and affordable commercial launch services with the greatest speed, agility, and consistency.

Some experts also agree with Berkowitz that only countries that move quickly will gain advantage, but argue that the United States has been slow to capitalize7 on these transformations, reducing the relative competitiveness of the American space program. Dr. Davis warns that “ironically, large, expensive, fully expendable rockets, which take months to prepare for launch and cannot be reused, are still the focus of NASA with its ‘Space Launch System’ (SLS) and United Launch Alliance (ULA) with the Atlas and Delta family of vehicles.” Experts from Harris Corporation, LLC urge American policymakers to “rethink ‘how we do space,’ writ large. The legacy requirements for large, highly sophisticated, redundant systems with lots of fuel, multiple backups, and long service lives may no longer be required to the same extent as today.” The national security implications of these changing options for procurement pushed Dr. Davis to raise a key question: “How will these traditional launch vehicle technologies compete with reusable rockets, airborne launch, and, ultimately, spaceplanes in terms of cost competitiveness, efficiency, and responsiveness in the next two decades, particularly as reusable launch systems mature over time?”

The second implication of these commercial technologies is the environmental destruction from so many actors’ increasing ability to place more materials of varying quality into orbit and potentially affect all states equally. Dr. Riccardo Bevilacqua of the University of Florida cautions that actors in the space field are approaching access to space as if it were an infinite resource, and reduced prices are enabling operators to reduce the quality of their satellites and to launch more, relying on redundancy of poor hardware. Low quality hardware’s behavior is more difficult to predict and control. This is obviously a non-sustainable and wild approach but, unfortunately, there are no global regulations and no enforceable actions that can prevent these behaviors.

Third, some of the experts argue that, although many actors can access space and place their objects into space due to the lowered cost to launch, only a select few actors—those with superior information processing capability—will see any benefit from more affordable access to the space domain. Dean Cheng of the Heritage Foundation suggests that when “anyone on the planet with a few dollars will be able to get raw data” from space-based assets, the key “differentiation then is going to be in analysis,” and the benefits of affordable launch services will mostly accrue to those actors who will be able to “look at that data and say, ‘That is a T-72, and that is an M-1 Abrams’ or ‘That is an American AEGIS destroyer, and that is a South Korean or Chinese destroyer.’”

Fourth, and finally, Dr. Davis hypothesizes that a critical national implication of affordable launch capabilities will emerge with the “development of reusable launch capabilities—reusable rockets, airborne launch, and, on the horizon, aerospace planes,” because these technological developments could “improve responsiveness and boost cost efficiencies in accessing and exploiting space” in ways that could “fundamentally transform military space operations.”

In conclusion, the main national security effect of reduced cost to launch is that cheaper launches enable a greater number of actors to send a wider range of payloads—some of which will, quite frankly, be junk—into space. Cheaper costs to launch also shape how countries leverage (and build) their national space programs by shifting available procurement patterns.