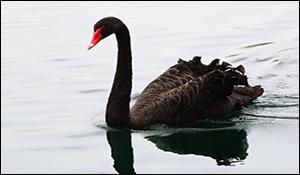 Question (R2 #5): What are potential unanticipated complications or reactions (or “black swans”) with respect to defeating ISIL in al-Raqqah?

Predicting the unanticipated is always a challenge, but contributors have identified a couple of considerations for thinking about both potential complications involving external actors such as Turkey (Yeşilada) and what is likely to happen with the combatants themselves (Reedy).

External Factors and a Lack of Stability

One of the main complicating factors in Syria has been, from the outset, the wide variety of external influence on and support for the combatants and groups. Regional countries, world powers, and transnational organizations have all had a hand in shaping the conflict. Turkey in particular has been a volatile player, but has been consistent on its stance on the Syrian Kurds—Erdogan has strongly stated that he will not allow a single bridge of Kurds across the north of Syria. He has also promised, however, that it will be “his forces” and not the Kurdish-led Syrian Democratic Council/Forces (SDF) will be the ones to liberate Raqqah. It is unclear, though, whether he means the Free Syrian Army (FSA) or Turkish forces, though. In any case, apart from the FSA, there are no anti-Assad groups currently operating in Syria that could hold Raqqah even if they could clear it, because they would not have the organic support of the population there. It is possible, then, that if one of these groups is predominantly involved in removing ISIL from Raqqah, they will not have the ability to stabilize the region, and given the animosity between the Turkish forces and the Syrian Kurdish forces, it could lead to outright fighting in the area between them (Yeşilada).

The other potential black swan contributors note involves the fighters themselves. There are two broad options for ISIL fighters and leaders: to leave Syria or to stay. There have already been leaders. who have fled the Levant when things began to look somewhat bleak for ISIL, primarily fleeing to North Africa. As they are slowly pushed out of Syria, more leaders and fighters may begin to follow them there. This creates follow-on problems in Africa, as increasing fighters and expertise arrive and challenge already fragile-situations there. However, the fight in North Africa is often more local than that in the Levant in its perspective, and fighters may be reluctant to commit to conflict there because of that and because the territory lacks the ideological impetus of the historical home of the Caliphate. Yemen might be another option to flee to, but given the current conflict and related factors such as food shortages there, that seems a less likely option (Reedy).

The other alternative is to stay in Syria. This may be a more viable option for rank-and-file fighters than leaving because they may not have the resources to flee safely and/or, since many of them are foreign fighters, they may be on watchlists that prohibit them from returning home. Leaders who stay are more likely to do so for ideological reasons. Within this option are two possibilities, which are by no means mutually exclusive. One is that some combatants are likely to either join other groups that continue to oppose the regime and go underground as part of a long-term insurgency scenario. The other scenario is that fighters, feeling backed into a corner, attempt to do as much damage to life and property as they can before they are killed or captured (Reedy).

What Can Coalition Partners Do?

Contributors outlined or implied a few actions that the US government and its coalition partners could do to address these black swans.

Contributors note that unexpected results can involve both external actors and allies (Yeşilada) and the ISIL combatants themselves (Reedy). Ensuring that U.S. forces and partners are ready to address the wide variety of potential complications and are agile enough to adapt to the unexpected rapidly will be essential to minimize the impacts from these types of concerns. Communication and the ability to rapidly react politically and militarily will be paramount.