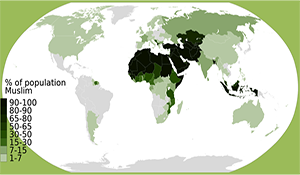 Question (V4): Post-ISIL Iraq Scenarios. What are the most likely post-lSIL Iraq scenarios with regards to Political, Military, Economic, Social, Information, Infrastructure, Physical Environment, and Time (PMESII-PT)? Where are the main PMESII-PT friction points, which are most acute, and how are they best exploited to accomplish a stable end state favorable to U.S. and coalition interests?

“The biggest danger is to assume we know the answer.” Alexis Everington, Madison Springfield Inc.

“The unpredictable nature of the country’s social sentiment, lessons from history, the culture, regional influencers, the corrupt political elite with their sectarian-based agendas, and lack of statesmanship and political and strategic prowess are among the factors that suggest that even the most seasoned expert on Iraq might be misled in his or her attempt to predict the next phase.” Hala Abdulla, Marine Corps University

Seventeen experts contributed their thoughts about the future of Iraq and Syria in a post- ISIL environment. Summarizing their insights, warnings, and predictions in under five pages runs the risk of over simplifying and incredibly complex challenge, which is why this summary is heavily cited to encourage the reader to seek further details in the texts provided.

This summary is divided into three parts: 1) a table that describes the PMESII-PT elements essential to understand the current and future trajectory of Iraq and Syria, 2) a brief description of various friction points, the resolution of which may influence the future of the region, and 3) the suggested elements that may encourage the transition to stability.

Friction Points (Including Most Acute)

If the number of grievances listed in the table above are not addressed after the fall of ISIL, the fear is that the region will descend once again into a number of conflicts, including continued extremism (Van den Toorn). This section lists friction points identified by the contributors as fulcrums in the future of Iraq and Syria that could tip the scales toward stability or violence.

The Battle for Mosul

“A victory over ISIL will not be the end of Iraq’s problems, rather the beginning of an internal political battle over territory,” according to CSU professor Ibrahim al-Marashi.

The way the battle for Mosul is conducted, as well as its outcome, may be the greatest determinant of the future of the Middle East (Dagher; Abdulla). If it is done wrong, it could lay the groundwork for the re-emergence of ISIL or a successor group. If it is done right, it could provide a model for integration, governance, and recovery for the region (Dagher). In a comparative study of Mosul vs. Fallujah, Zana Gulmohamad listed three major contributors to successful operations: effective coordination of Iraqi forces, coalition airpower, and intelligence from Sunni tribes and townspeople—even in the face of unauthorized incursions by Shi’a militias.

But there are many dangers along this path. First, one of the greatest fears of the Sunni population is that Shia militias will once again be allowed to dominate Sunni populations under the guise of liberation (Dagher). Second, the new governance structure in Mosul must address political grievances of diverse population groups in Mosul. The government must draw its leadership from a new political elite that is of and from Mosul. The existing sources of political power in Ninewah represent the nexus between Islamist extremists and the organized businesses that thrived during ISIL’s occupation of Mosul and should not be allowed to dominate the regional government. Likewise, the new government should pay close attention to minority groups, to pose a model for integration and representation in the country and the region (Dagher, al-Marashi).

Finally, the battle for Mosul poses risks to the cohesion of the Coalition itself. There are any number of occurrences, described in a report by Allison Astorino-Courtois, NSI, that could cause partial or severe fracture before, during, or after the battle. The longer cohesion is required, the likelihood of a spoiler event increases. Zana Gulmohamad notes that unless conflicting agenda among regional powers can be resolved, any victory in securing the city could be fleeting.

Transformation of ISIL from Proto-state to Insurgent Group

The battle for Mosul may effectively push ISIL out of Iraq and into Syria (Abouaoun). This will likely be the turning point of ISIL from a proto-state to an insurgency group (al Marashi; Abouaoun) with the intent to encourage violence on near and far enemies, especially through the encouragement of lone wolf terrorism. This pressure could also result in jihadists leaving ISIL for other groups or inspire some to create new ones (Abouaoun). The bottom line is that ISIL will decline, but the ideology will not.

Even after ISIL’s defeat, individuals, groups and networks of fighters and terrorists will be motivated to continue violent jihad, whether against local regimes, the West, Shiites, or apostate Sunnis. In a post-Caliphate ISIL, threats will take two main forms, according to David Gompert, a national security expert at the US Naval Academy and RAND: 1)R remnants of fanatical forces in the region, including in Iraq, Syria, and Libya and 2) radicalized individuals in or returning to the West. This former group could lead to increase terrorism in the West.

There were two major schools of thought regarding the idea that the federalization of Iraq is one way to address popular grievances, governance issues, and mistrust of the central government. Several experts suggested that a federalization model based on Kurdish semi- autonomy might provide a stable way ahead (Maye, McCauley). The arguments in favor of this stance include self-determination, freedom from domination by other ethnic groups, and potential for buy in from Iraqi Sunnis, Shia, and Kurds (McCauley). The primary US role in this effort would be to bring the parties to the table to negotiate and enforce an agreement (McCauley).

However, another cohort of experts argued that constitutional autonomy will not work in Iraq—particular in traditionally Sunni-held areas (Dagher; Abdulla). The people of Iraq all want unity except for the Kurds (Abdulla). Furthermore, Sunni territories in western Iraq are not economically viable (Abdulla). As people tire of sectarian conflict, one way forward may be to support a secular, technocratic party (Maye). However, the success of this kind of party would undermine all existing political actors and is likely to be undermined unless it receives strong international support.

The issue is not how Assad should share power in a post-ISIL world, but the fact that he cannot share power without unraveling the entire government (Sayigh). Assad’s goal in Syria is not total victory (because that only allows him to become the king of ashes); his goal is to regain access to capital and markets and get sanctions lifted (Sayigh) (Sayigh). Assad cannot do this with diplomacy, so he is using the conflict to coerce the US, EU, GCC, and Turkey to make economic concessions. Russia and China will endorse this demand as will Lebanon and Jordan in order to ease pressure on their domestic concerns.

The greatest threat to long-term stability in Iraq is not tensions between Sunnis, Shias, and Kurds, but intra-Sunni, intra-Shia, and intra-Kurdish tensions (Abdulla; Liebl). Sunnis lack any kind of unified political voice and efforts to consolidate power may lead to tribal conflict. While the Kurdish government faces significant rivalry between its two main political parties, the KDP and the PUK, for power (Abdulla). However, the real determinant of stability in Iraq hinges on the settlement of Shia-Shia tensions in the country (Sayigh; Abdulla). Although Iraqi Shia present a united façade, there are serious divisions among its main blocs, leaders, and elites (Abdulla). Shia-Shia competition for influence over the Iraqi state could lead to bloodshed (Sayigh).

Long-standing tensions are often inflamed by disagreement over scarce water resources (Palmer Moloney). This is particularly true in the Tigris-Euphrates Watershed, which is shared by Turkey, Syria, and Iraq and largely controlled by Turkey (Palmer Moloney, Meredith).

Achieving a Stable End State Favorable to US and Coalition Interests

This section briefly lays out suggested actions and conditions to promote a stable end state in Iraq and Syria favorable to US interests in the days after Daesh.

The most important action the USG and the Coalition can take to promote stability in the region is to bring all actors to the table to agree on a new regional framework (van den Toorn, Trofino, Abouaoun; Meredith). Iran, Saudi, and neighboring Sunnis states must be encouraged to form a new regional framework. Real stability in the region cannot be accomplished without bringing these actors in general agreement (van den Toorn).

Funds for the reconstruction of Iraq and Syria are essential not only to prevent humanitarian crisis, but to shore up the economic stability of the region. How reconstruction funds are handled could either serve as a foundation for a new transparent and accountable economy system or entrench the population’s perception of government corruption and negligence (van den Toorn).

Focus on Capacity, Autonomy, and Legitimacy

No matter what kind of states emerge from the post-ISIL environment—be they unified states of Iraq and Syria or federalized zone within each country—they all require three things: capacity, autonomy, and legitimacy. The Coalition can take action to support these three elements in a number of ways outlined in Spencer Meredith’s contribution including the encouragement of nationalism and ensuring the reduction of violence.

Be Ready to Take Advantage of Cognitive Openings

Even if groups fight efforts to establish good governance or to lay down arms, there is often a few windows of opportunity to encourage these groups to join the fold (Meredith). These cognitive openings do occur. The USG has to be ready to take advantage of them. The Coalition should be looking for indicators of cognitive opening by conflicting parties through 1) moderated speech, 2) evidence of factional divisions within a group, and 3) failure to claim ownership for violence.

The fight against ISIL has proved that Iraq has at least one reliable force: the US-trained Iraqi Special Forces (ISOF) and Counter Terrorism Forces (ICTF), which includes Iraqis from all ethnic and religious backgrounds (Abdulla). The danger is that a prolonged infantry war for a unit designed for short, special operations might soon experience significant fatigue. But this unit provides a model and hope for what Iraqi forces could look like in an integrated Iraq.

The USG has soft power tools at its disposal to conduct symbolically meaningful engagement with the populations in Iraq and Syria. These tools “carry major weight in the MENA,” according to van den Toorn. The USG could promote education exchanges, business opportunities, and cultural exchanges.