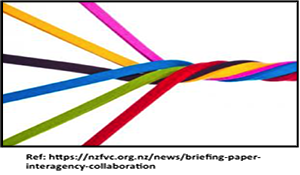 Experts varied from pessimistic (chronic warfare) to cautiously optimistic regarding their expectations for the future of Syria, yet mentioned many of the same factors that they felt would influence Syria’s future path. Most of these key factors – ranging from external geopolitical rivalries to the health and welfare of individual Syrians – were outside what typical military operations might affect. Instead they center on political and humanitarian recovery, healing of social division.

 External Factor: the use of Iranian, Saudi proxies in Syria

Iranian and Saudi use of proxy forces is one of the wild-cards in the future of Syria and is probably quickest way to reignite violence in the wake of any cease-fire or negotiated settlement. In fact, the intensity of the Iran-Saudi regional power struggle and how this might play out in Syria was the factor most mentioned by the SMA experts.

Encouraging the conditions necessary for stability in Syria requires discouraging Iran-Saudi rivalry in Syria. This can be done in a number of ways including offering for security guarantees or other inducements to limit proxyism in Syria (e.g., for Iran promise of infrastructure reconstruction contracts). Unfortunately, Iran stands to have greater leverage in Syria following the war, regardless of whether Assad stays or goes. If Assad or loyalist governors remain in Syria they will be dependent on Iran (and Russia) for financial and military support. As Yezid Sayigh (Carnegie Middle East Center) writes, “even total victory leaves the regime in command of a devastated economy and under continuing sanctions.” Still, if Assad is ousted and Iranian political influence in the country wanes, its economic influence in Syria should remain strong. Since at least 2014 Iran, the region’s largest concrete producer has been positioning itself to lucrative gain post-war infrastructure construction contracts giving it significant influence over which areas of Syria are rebuilt and which groups would benefit from the rebuild. Under these conditions, Saudi Arabia, Qatar and/or Turkey could ramp up their efforts to contain Iranian influence by once again supporting aggrieved Sunni extremists. This would be all the more likely, if as Josh Landis predicts, “Assad, with the help of the Russians, Chinese, Iraqis and Hezbollah, will take back most rebel held territory in the next five years.”

 External Factor: the degree of Coalition-non Coalition agreement on the governance and security conditions of post-war Syria

Lt Col Mel Korsmo an expert in civil war termination from Air University concludes that a negotiated settlement is the best path to political transition and resolution of the civil conflict in Syria. Others felt that any resolution of the Syrian civil conflict would depend on broad-based regional plus critically, US and Russian (and perhaps Chinese) agreement on the conditions of that resolution. The first question is whether there remain any elements of 2012 Geneva Communiqué or UN Security Council resolution 2254 which endorsed a roadmap for peace in Syria that might be salvaged. Lacking agreement among the major state actors, the authors expected that proxy warfare would continue in Syria. Moshe Ma’oz (Hebrew University) and others however argued that it may be too late for the US to wield much influence over the future path of Syria; it has already ceded any leverage to Russia and Iran. Others argue that the way the US might regain some leverage is by committing to the battle against Assad with the same effort given to defeating ISIL. Nevertheless, there is general agreement that it is imperative to attempt now to forge agreement on the clearly- stated steps to implementing a recovery plan for Syria.

External Factor: US and Coalition public support for sustained political, security and humanitarian aid for Syria

Another condition that must be met if the US and Coalition countries are to have impact on political and social stability in Syria is popular support for providing significant aid to Syria over an extended period of time. This may be a tall order, particularly in the US where the public has long thought of Syria as an enemy of Israel and the US in the Levant. Compounding this, the experts argue that when warfare comes to an end in Syria the regime will be so dependent on Russia (and Iranian) aid, that the Syrian government will lose its autonomy of action. While encouraging Americans to donate to charitable organizations aiding Syrian families may not be too difficult, gaining support for sustained US government assistance in the amounts and over the length of time required is likely to be a significant challenge. It is also one that could be quickly undermined by terror attacks emanating from the region.

Osama Gharizi of the United States f Peace points to the “‘current strength and cohesion” of the Syrian opposition and argues that a “disjointed, weakened, and ineffectual opposition is likely to engender [an outcome] in which the Syrian regime is able to dictate the terms of peace” –a situation which would inevitably leave members of the family or close friends of the regime in positions of power. Unfortunately, many of the experts believe that while there may be fatigue-induced pauses in fighting, as long as the Assad family remains in power in any portion of Syria civil warfare would continue. Furthermore separating Syria into areas essentially along present lines of control would leave Assad loyalists and their Iranian and Russian patrons in control of Damascus and the cities along the Mediterranean coast with much of the Sunni population relegated to landlocked tribal areas to the east. Such a situation would further complicate the significant challenge of repatriating millions of internally displaced persons (IDPs), many of whom lived in the coastal cities.

Acceding to Assad family leadership over all or even a portion of Syria is unlikely to offer a viable longer-term solution, unless two highly intractable issues could be resolved: 1) the initial grievances against the brutal minority regime had been successfully addressed; and 2) the Assad regimes’ (father and son) long history of responding to public protest by mass murder of its own people had somehow been erased. The key question is how to remove the specter of those associated with Assad or his family who would invariably be included in a negotiated transition government. Nader Hashemi of the University of Denver suggests that US leadership in the context of the war in Bosnia is a good model: “the United States effectively laid out a political strategy, mobilized the international community, used its military to sort of assure that the different parties were in compliance with the contact group plan … it presided over a war crimes tribunal …” In his view, prosecuting Assad for war crimes is an important step.

Internal Factor: What is done to repair social divisions and sectarianism in Syria

Nader Hashemi (University of Denver) and Murhaf Jouejati (Middle East Institute) observe that the open ethnic and sectarian conflict that we see in Syria today has emerged there only recently – the result of over five years of warfare, war crimes committed by the Alawite-led government, subsequent Sunni reprisals, the rise of ISIL and international meddling. As a result, there is now firmly-rooted sectarian mistrust and conflict in Syria where little had existed before. Other than pushing for inclusive political processes and rapid and equitable humanitarian relief, there is little that the US or Coalition partners will be able do about this in the short to mid-term. As Hashemi says, healing these rifts will be “an immense challenge; it will be a generational challenge; it will take several generations.” On the brighter side, he also allows that in his experience most Syrians “are still proud to be Syrians. They still want to see a cohesive and united country.” While separation into fully autonomous polities is untenable, reconfiguring internal administrative borders to allow for “localized representation” and semi-autonomy among different groups may be a way to manage social divisions peacefully.

There is a youth bulge in the Syrian population. Add to this that there is a large segment of young, particularly Sunni Syrians who have grown up with traumatic stress, have missed years of schooling so are deficient in basic skills, have only known displacement and many of whom have lost one or both parents in the fighting. There is hardly a more ideal population for extremist recruiters. Murhaf Jouejati (Middle East Institute) calls this “a social recipe for disaster” that he believes in the near future will be manifest in increased crime and terrorist activity. As a consequence, it is important for the future of Syria and the region to assure that children receive education, sustained counseling and mental health services and permanent homes for families and children.