Benefits of Coalition Presence in Iran 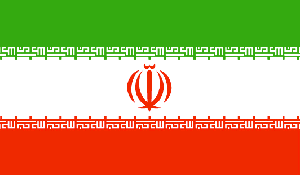 Question (R3 QL4): What are the critical elements of a continued Coalition presence, following the effective military defeat of Da’esh [in Iraq] that Iran may view as beneficial?

Dr. Omar Al-Shahery of Carnegie Mellon University offers a critical caveat in considering the question posed for this Quick Look. While Iran may see certain “advantages” of the presence of Coalition forces, Iran’s perspective is both relative to the nature of the context and thus transitory as “such benefits might not necessarily outweigh the disadvantages from the Iranian point of view.” If our starting point is that Iran is not happy to have US/ Coalition military forces in the region, then what we are looking for are those Coalition activities that might be seen as minimally acceptable, or “less unacceptable”.

The expert contributors were somewhat divided on whether they believed there were any Coalition elements or activities that they thought Iran might find beneficial. Some believe that there are Coalition activities, primarily related to defeating ISIS, that Iran would find beneficial. Others however do not believe that there is any US military presence in Iraq that would be seen by Iran as sufficiently beneficial to counter the threat that that presence represents. Dr. Anoush Ehteshami, an Iran expert from Durham University, UK, argues that both sides are correct; the difference is whether we are looking at what the majority of experts agree is Iran’s preference, or at Iran’s (present) reality. In other words, it is the ideal versus the real.

However, simply recognizing the ideal versus the real is not sufficient to address the question posed. When the question is essentially what determines the limits of Iran’s tolerance for Coalition activities in Iraq. Context matters. This is because Iran’s perception of political and security threat perception is not based solely on the actions of the West/US, but is the result of (at least) three additional contextual factors: 1) the immediacy of the threat from ISIS or Sunni extremism; 2) the intensity of regional conflict, particularly with Saudi Arabia, Iran’s closest major rival; and, 3) as discussed in SMA Reachback LR2 three-way domestic political maneuvering between Iran’s Supreme Leader Ayatollah Khamenei, the Islamic Revolutionary Guard Corps (IRGC) and the Rouhani government. This should not be discounted as a key factor in Iran’s tolerance for Coalition presence in the region. The Context can push the fulcrum point such that Coalition activities tolerable under one set of circumstances are not acceptable under others.

The contributors to SMA Reachback LR2 that should be expected to feature in almost any Iranian calculus in the near to mid-term. Relevant to this question these are: 1) expanding Iranian influence in Iraq, Syria, and the region to defeat threats from a pro-US Iraq, Saudi Arabia, the Gulf states, Israel and the US; and 2) eliminating the existential threat to Iran and the region’s Shi’a from Sunni extremism.

In general, the experts suggest that from its perspective, Iran’s ideal situation in Iraq would include the following: ISIS is defeated and Sunni extremism is otherwise under control. Iraq is stable and unified with political and security establishments within which Iran has significant, yet understated influence. The ISF are strong enough to maintain internal calm in Iraq, but too weak to pose a military threat to Iran. The strongest Shi’a militia elements are developing into a single Revolutionary Guard Corps type force that is stronger than the ISF. Finally, the major security threats from Israel and Saudi Arabia are minimal and there is no US military presence in Iraq and it is very limited in the rest of the region. This is the scenario that sets the Iranian reference point. All else is a deviation from this.

Iran needs the Coalition for one thing: security. This is security sufficient to defeat ISIS and to stabilize Iraq without posing a threat to Iranian influence. Of course, ISIS, and Sunni extremism more generally has not yet been defeated in Iraq. Iraq is not secure and the Coalition forces have a different perspective on the requirements for a viable Iraqi state (e.g., an inclusive government, a single, unified and non-sectarian security force). The Saudis are irritated, the US remains present in the region, and who knows what Israel is apt to do. According to Iran scholar Dr. Anoush Ehteshami (Durham University, UK), Iranian leaders recognize that they lack the capacity now to defeat ISIS and bring sufficient stability to Iraq to allow for reconstruction. As a result, Iran appears willing to suffer Coalition presence in order to gain ISIS defeat and neutralize Sunni extremism in Iraq – arguably Iran’s most immediate threat. As Dr. Daniel Serwer observes, “for Iran, the Coalition is a good thing so long as it keeps its focus on repressing Da’esh and preventing its resurgence.” Once ISIS is repressed and resurgence checked, the immediate threat recedes (i.e., the context changes) and Iran’s tolerance for Coalition presence and policies in Iraq will likely shift as other interests (e.g., regional influence) become more prominent. The critical question is where the fulcrum point rests, in other words, where is the tipping point at which Coalition presence in Iraq becomes intolerable enough to stimulate Iranian action.

In a nutshell, Iran is most likely to find Coalition elements acceptable if they allow Iran to simultaneously 1) eliminate what is sees as an existential security threat from ISIS and Sunni extremism, and 2) expand its influence in Iraq and the region which is a the pillar of its national security approach. Any Coalition element that fails on one of these is unlikely to be tolerated. Put another way, Coalition elements that defeat ISIS but derail Iran’s influence in Iraq will not likely be seen as beneficial. Likewise, as multiple experts point out, Iran is aware that it cannot stabilize Iraq on its own regardless of how much influence it has there.