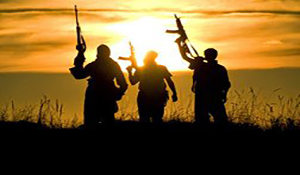 Question (LR3): What actions and polices can regional and coalition nations employ to reduce recruitment of ISIL inspired fighters?

This paper addresses the issue of ISIL recruitment from Literature Review Question #3. To do this, it utilizes a quick look format and focuses on two non-standard ideas approaches to challenge of terrorist recruitment. For readers interested in source materials on this subject, this paper also incorporates a bibliography at the end of the document.

Minimize the impact of existing foreign fighters and returnees

The single most significant policy that nations could employ to reduce recruitment of ISIL fighters in the future is to minimize the influence of returnees. Historically, most foreign fighters have returned home from conflicts overseas to recruit and build local networks. Take, for example, the case of Afghanistan in the 1980s and 1990s. Approximately 80 per cent of the 20,000 foreign fighters returned home and recidivism rates ranged from 40 per cent (Indonesia) to 90 per cent (Algeria). Moreover, even in the case of Indonesia, which had the lowest rate of recidivism, returnees recruited and expanded local terrorist networks. In fact, recent interviews in Indonesia with Afghan veterans revealed that foreign fighters were instructed to recruit 10 new operatives each, once they got home.

Another policy that nations could employ to reduce recruitment of ISIL fighters in the future is to implement programs that reinforce non-radicalization. Generally speaking, radicalization can be understood as a process whereby individuals are persuaded that violent activity is justified in pursuit of some political aim, and then they decide to become involved in that violence. However, many of the factors that push or pull individuals toward radicalization are in dispute within the expert community. Much of the problem is that the factors identified by experts as contributing to radicalization apply to many more people than those who eventually become involved in political violence. Such limitations are more than academic, because they make it difficult for policymakers to design interventions. These limitations lead to programs aimed at manipulating broad structural actors—for example, education—so that they affect small subsets of populations of people who might or might not decide to become terrorists. One alternative is to instead focus policies on encouraging individuals to reject violent extremism.