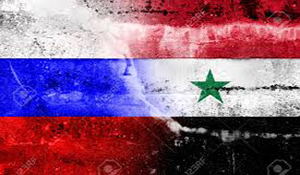 Question (R2 Special): What are indicators of change in Russian strategic interests in Syria?

This paper found that Russia¹s strategic interests in the Middle East are fairly stable. What could change is how Russia prioritizes its interests in the wake of the US election and change in administration. Indicators of change might include troop movement or alteration in leader discourse.

Timothy Thomas, a Russia expert from the Foreign Military Studies Office and former US Army Foreign Area Officer (FAO) believes that a fair articulation of Russia’s long-term strategic interests is right where they should be: in the country’s 2015 National Security Strategy (NSS).1 The only “changes” that Thomas expects will be the result of the “gradual accomplishment” of several interests. First among these is strengthening Russian national defense, which in Syria has meant Russian forces taking the opportunity to test new weapons systems and command procedures while working to keep ISIL and Islamic extremists from Russia’s southern borders. Second, Thomas reports that “consolidating the Russian Federation’s status as a leading world power” in a multipolar international system has been accomplished by Russian actions in Syria and Ukraine “in the eyes of many nations.”

What could change? How Russia prioritizes its interests

Thomas points to optimistic versus pessimistic Russian views on how the recent US election will impact US policy in Syria. Optimistically, some feel that the election of Donald Trump may diminish the US security threat, offer Russia new opportunities in the region, and thus allow Russia to prioritize other interests than it has been. This logic is based in the belief that the new US Administration will be willing to tolerate Assad in order to work in concert with Russia to defeat terrorist threat from ISIL and other groups. Russians taking a more pessimistic view however argue that forging a US-Russia partnership in the region will not be as simple as a change of Administration.

Dr. Patricia Degennaro (Threat Tec, LLCI -TRADOC G27) believes that “the key to understanding signals for change include Russian rhetoric and key troop maneuvers. The Russian President’s messaging is the signal to change.” Dr. Larry Kuznar (Indiana-Purdue; NSI) reports empirical analysis of President Putin’s language use and whether Putin’s language patterns might be used as indicators of Russian change of strategy in Syria. Dr. Kuznar uncovers a “blip” then “brag” pattern in Putin’s public discourse that may be used as an indicator. Specifically, Kuznar finds that prior to a major event (like invading Ukraine) Putin begins mentioning a few key emotional themes (e.g., pride, protection, unity, strength and Russian superiority) and political themes (e.g., Russian security, Russia’s adversaries, Russian energy), a “blip,” then goes silent presumably during the planning and execution phase. Once the activity or goal is complete however, Kuznar finds that “Putin is characteristically tight-lipped about his interests and intentions, but tends to brag after he achieves a victory.” He habitually “relaxes his restraint and releases a rhetorical flourish of concerns and emotional language”, i.e., some major bragging.

In short, Dr. Kuznar (Indiana-Purdue) finds an empirical basis to suggest that specific linguistic themes such as pride, Russian superiority and France2) as well as more general emotional and political themes “may serve as early indicators and warnings of Putin’s intent.” Currently Putin’s mention of pragmatic themes in relation to Russian energy resources and his recent concern with Turkey, and emotive themes, such as the threat of Nazism, may serve as indicators of his activities if his past patterns are retained. And as such, “may have direct implications for his intentions in Syria.”