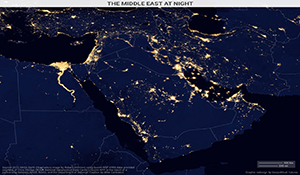 The Meaning of ISIS Defeat and Shaping Stability — Highlights from CENTCOM Round 1, 2 and 3 Reach-back Reports.

ISIS will be defeated militarily. However, whether it is ultimately overcome by containment or by deploying ground forces to apply overwhelming force, the path to mitigating violent extremism in the region is a generations-long one. Military options are insufficient to protect US interests and stabilize the region. It will require significant strengthening of State Department and non-DoD capacity to help build inclusive political institutions and processes that protect minority rights in Syria and Iraq. Only if these flourish will ISIS — the organization and the idea it represents — have failed and the region been put on a sustainable path to stability.

Since September 2016 the Strategic Multi-layer Assessment (SMA) team has pulsed its global network of academics, think tank scholars, former ambassadors, and experienced practitioners to respond to three rounds of questions by USCENTCOM.3 We received responses from 164 experts from institutions in the US, Iraq, Spain, Israel, the UK, Lebanon, Canada, France and Qatar. 4 The result was 41 individual reach- back reports, each of which consists of an executive summary and the input received from the experts.

This report summarizes key points from the first three rounds of questions. It compiles what the experts had to say about three critical questions: 1) Will military defeat of ISIS in Syria and Iraq eliminate the threat it poses? 2) What are the implications of ISIS defeat for regional stability? and 3) What should the US/Coalition do to help stabilize the region?