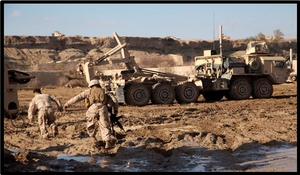 This panel reviewed the findings of an SMA research effort that explored issues of stability, reconciliation, and reintegration in Afghanistan. In support of this effort, Dr. Cooley monitored media in China, Russia, and Iran to ascertain these actors’ orientation and preferences regarding potential reconciliation scenarios in Afghanistan. In looking at the barriers and drivers of reconciliation in Afghanistan, Dr. Kuznar found a striking absence of critical drivers in favor of and a great number of critical barriers to reconciliation. In another study, Dr. Kuznar analyzed the speeches of Pakistani Prime Minister Imran Khan and determined that he is a political pragmatist who is unlikely to push for a negotiated settlement. Dr. Bragg researched the many ways that the gray economy undergirds economic, social, and governing stability in Afghanistan. Dr. Stevenson looked at the interest, resolve, and capability of regional actors to bring about a potential settlement and found little evidence that a negotiated settlement is imminent given current conditions. Dr. Petrov discussed the work conducted as part of DARPA’s Causal Exploration effort. Dr. Johnston outlined the findings of a recent US State Department document highlighting disarmament, demobilization, and reintegration efforts in Afghanistan. To conclude, Mr. Ahmadzai discussed the debate over the need for structural and constitutional reforms in Afghanistan as a condition of a negotiated settlement.