Success and the Ethics of Operations In the Information Environment 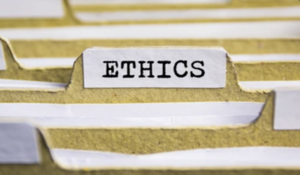 Sir David argued that effective engagement within the cyber domain includes educating users on social media, quick and active defense efforts, and maintaining the ability to launch covert operations that hinder opponents’ operations in the information environment (OIE). In particular, it is important to educate younger users on how to identify false information and understand that most information they see on social media is driven by emotions as opposed to rational thought. Similarly, creating an active defense to malicious information operations (IO) involves identifying the populations at risk of being targeted and then increasing their resilience to disinformation. Sir David also made sure to emphasize that part of conducting offensive OIE is protecting the integrity of the messenger. The best way for the USG and the UK to protect their messaging integrity is to operate with a stronger set of morals and ethics than their competitors, thereby emphasizing the use of truthful information.

Dr. Rid expanded on the ethical restraints imposed by the US and the UK on their OIE. These ethical restraints are mostly set as a result of an actor’s political system and its organizational structure. An example of a moral and ethical boundary that democracies like the US and UK cannot cross is driving a wedge between another country’s ethnic groups. There also exist three moral and ethical grey areas for democracies, including 1) aggravating social fissures, 2) leaking information and exposing opponents’ OIE, and 3) purchasing or funding organizations whose purpose is to disseminate information and influence a population.

Dr. Casebeer discussed just war theory, which was derived from natural law theory and relies on three C’s: 1) character, 2) consent, and 3) consequence. He indicated that if an actor takes into account all three C’s, it will be able to traverse 90 percent of ethical situations. There is also a multi-step process for conducting OIE in wartime and the peacetime that follows it. Most of the warfighters’ duties do not occur during wartime; much of their time is spent on communicating and building trust with local governments and organizations during peacetime. Moreover, it is important for warfighters to be able to conduct effective OIE, especially if they need to rebuild local governance after a conflict. Dr. Casebeer argued that if it is ever deemed easier to shoot an adversary that to influence them with OIE, then the DoD has fundamentally failed in its moral and ethical obligations. He concluded by stating that the DoD must also continue to pursue technological and language innovation that will allow the DoD to understand its target audience and more confidently carry out OIE.