Summary of NSI’s “Assessment to Collapse in the DPRK: A NSI Pathways™ Report—Featured in Red Diamond Volume 10, Issue 1 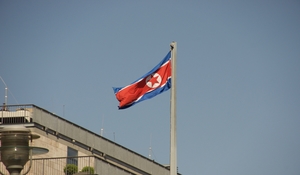 This article was featured in Volume 10, Issue 1 of the US Army Training and Doctrine Command’s (TRADOC G2) journal, entitled Red Diamond.

Following the collapse of the North Korean economy and disastrous famine of the mid- 1990s, the regime adapted its centrally-planned economy, allowing limited and small-scale private entrepreneurship among a starving population that the government’s Public Distribution System could no longer support. As a result, the North Koreans turned to informal markets for sustenance in order to survive. Although Kim Jong-un’s own statements have highlighted the need for economic development in North Korea, he remains suspicious of further economic liberalization and broad marketization viewing this as a strong threat to the security and survival of his regime. Nonetheless, the informal economy remains and represents a substantial sector of the total economy, fostering a new stratum of wealthy North Koreans, unattached to the military or the traditional elite. Observers and scholars have questioned whether there is in fact an insurmountable tension between economic reform and marketization on the one hand, and stability of the Kim family political control on the other. A research team at NSI tackles this question in a recent study by examining the impact of marketization on the potential for DPRK regime collapse.

Using the NSI Pathways™ methodology and model, the NSI team addresses the following question: Has marketization put the North Korean regime on a path to near-term collapse? They define regime collapse as the dysfunction of a government to the point that it loses both efficacy and legitimacy and thus can no longer maintain its functions, or even falls out of power completely. The NSI Pathways assessment explores three theoretical subpaths to collapse via marketization relevant to the DPRK. These subpaths align with three different stakeholder groups within North Korea that could conceivably exert pressure on the regime, at present or in the future. Their subpaths include: a) regime collapse as the result of pressure for reform and the frustration of the new class of entrepreneurs not directly tied to the Communist Party or the military (i.e., the “nouveau riche” path); b) pressure arising from the broader, mainly rural population, for example, who are frustrated with the regime’s inability to distribute goods (i.e., the “grass- roots” path), or c) a coup led by members of the military, or military support to one of the other two groups (i.e., “military or military assisted” path). By applying the most critical components of regime collapse to each of the three subpaths, NSI deter- mined there to be little evidence that the DPRK is currently on a pathway to regime collapse as a result of marketization.