The 2022 NDS in Its Historical and Strategic Big Picture: Expert Q&A 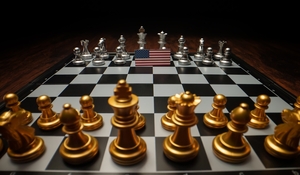 The 2022 release of the US National Defense Strategy (NDS) gives an in-depth look into the prioritization of US national security concerns and capabilities. Dr. Posen argued that it is where the military meets politics. He wishes that the NDS was more descriptive in some areas, including who the US’s partners and allies are and clearer definitions of deterrence by punishment and denial. The initial statements in the new NDS emphasize the need for prioritizing operations, threats, and resource allocation. However, Dr. Posen believes that the paper loses its focus on prioritization quickly. This prioritization needed to be further emphasized because the document discusses the importance of assisting US allies and partners with the resources they need for deterrence.

Creating an all-encompassing grand strategy in today’s increasingly complex world is becoming more difficult. Prof. Coker stated that the NDS usually states that the US is at a historic moment. He argued that the willingness to label any time as a historic moment can often be misleading; however, Russia’s invasion of Ukraine this year has marked a significant turning point in the relationship between Russia and the US. Furthermore, if China continues to modernize and grow economically, it will become the largest geopolitical threat the US has ever faced, Prof. Coker argued. With the release of the 2022 NDS, it is important to consider how the US should use its resources as it competes on multiple fronts against multiple adversaries. Prof. Coker concluded by stating that the NDS is more descriptive than its predecessors; however, it still falls prey to wishful thinking. As a result, he ultimately believes the NDS consistently sets goals that are either unreasonable or unattainable.

Dr. Barry R. Posen is Ford International Professor of Political Science at MIT, Director Emeritus of the MIT Security Studies Program, and serves on the Executive Committee of Seminar XXI (http://semxxi.mit.edu/). He is the author of Restraint: A New Foundation for U.S. Grand Strategy (Cornell University Press, 2014), Inadvertent Escalation: Conventional War and Nuclear Risks (Cornell University Press, 1991), and The Sources of Military Doctrine (Cornell University Press, 1984). The latter won two awards: The American Political Science Association’s Woodrow Wilson Foundation Book Award and Ohio State University’s Edward J. Furniss Jr. Book Award. He is also the author of numerous articles, including “Europe Can Defend Itself,” (Survival, December 2020), “The Rise of Illiberal Hegemony—Trump’s Surprising Grand Strategy,” (Foreign Affairs, March/April 2018), “It’s Time to Make Afghanistan Someone Else’s Problem,” (The Atlantic, 2017), “Contain ISIS,” (The Atlantic, 2015), “Pull Back: The Case for a Less Activist Foreign Policy,” (Foreign Affairs, January/February 2013), and “Command of the Commons: The Military Foundation of U.S. Hegemony” (International Security, Summer 2003). He is a Fellow of the American Academy of Arts and Sciences. In 2016, he was appointed Henry A. Kissinger Chair (Visiting) in Foreign Policy and International Relations at the Library of Congress, John W. Kluge Center. He is the 2017 recipient of the International Security Studies Section (ISSS), International Studies Association, Distinguished Scholar Award, and in 2019, he received the Notre Dame International Security Center’s Lifetime Achievement Award. Dr. Posen has been a Council on Foreign Relations International Affairs Fellow, a Rockefeller Foundation International Affairs Fellow, a Guest Scholar at the Center for Strategic and International Studies, a Woodrow Wilson Center Fellow at the Smithsonian Institution, a Transatlantic Fellow of the German Marshall Fund of the United States, and a Visiting Fellow at the John Sloan Dickey Center at Dartmouth College.

Prof. Christopher Coker is Director of LSE IDEAS, the foreign policy think tank of the London School of Economics. He taught in the International Relations Department for 43 years. He is the author of 20 books, most recently Why War (2020), The Rise of the Civilizational State (2018), and Rebooting Clausewitz (2016). He has been a NATO Fellow and an Ancien of the NATO Defence College, and he served two terms on the Council of the Royal United Services Institute (RUSI). He has been a regular lecturer in defence academies in the UK, Australia, Singapore, Japan, and the Nordic countries.