The United States, China, and Russia: An Innovation Net Assessment 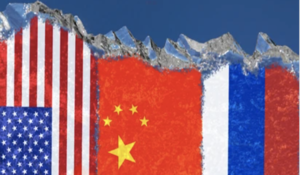 Dr. Atkinson began the discussion by outlining how the Information Technology and Innovation Foundation (ITIF) studies innovation in the US and compares it to that of its main geopolitical rivals, China and Russia. China is increasingly closing the gap between its ability and the US’s ability to innovate. China’s notable ability to innovate demonstrates how a state-run-approach can foster innovation, despite scholars’ previous belief that too much state control would stifle innovation. Dr. Atkinson suggested that researchers may also under appreciate China’s ability to innovate because they tend to focus primarily on innovation in science and technology and not industrial innovation, which China excels at. Moreover, the USG’s shrinking percent of federal spending on research and development (R&D) has been a growing barrier for its ability to foster further innovation. Dr. Atkinson concluded his remarks by arguing that to effectively counter China’s growing ability to innovate, the DoD should conduct better overall analysis of its networks and focus on supporting companies that produce dual-use technology.

Next, Dr. Graham clarified that innovation and invention are not the same thing. He also argued that Russia is better at inventing than scholars give it credit for. However, the problem that Russia faces is that it does not effectively transform its inventions into industrial products that are well-suited for innovation; Russia’s inventions are mostly in the fields of mathematics and the arts. Dr. Graham argued that this is partly the case because societal factors in Russia (attitudinal, legal, political, economic, and organizational) are not conducive to innovation. Russia has been able to innovate more effectively within its military, however, because profitability is much less important for military applications.

Dr. Mulvenon argued that China is also better at innovation than it is given credit for. He cited several examples of China’s past achievements, including becoming the second country to land a rover on Mars and securing several patents on 5G technology through its largest telecommunications company, Huawei. Part of China’s ability to innovate is due to the fact that it is not burdened with legacy systems, unlike the US. However, China still relies heavily on talent programs to attract foreign researchers and espionage to steal technology. China has also proven to be effective at reverse engineering stolen technology but does not have the strong engineering background to create new generations of the technology themselves. Nonetheless, the Biden administration is pursuing partnerships with other democratic countries to develop a unified approach to counter the competitive, stolen technologies that China is creating.

To conclude, Dr. Hudson argued that analysts must stop thinking in binary terms and examine quantitative data more often. Analysts should also be more diagnostic and less prescriptive, the latter of which corrupts their analysis. Dr. Hudson also explained the process of net assessment and emphasized that when conducting a net assessment, analysts must look less at policy and more at behavior to better judge whether innovation is likely to occur successfully. The outcomes of these predictive models will still be hard to predict, even if analysts focus on behavior instead of policy, however. Dr. Hudson emphasized that the US also needs to realize its own limitations and not assume that answering a complex question, such as how can the US innovate with respect to its operations in the information environment (OIE), can be solved with just a few policy suggestions.