Threat Inflation and the Taiwan Issue: The Need for an Active Denial Strategy, Plus Assurances 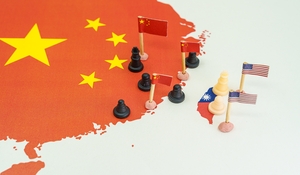 The US faces many tough dilemmas on how to build military deterrence measures against China in the Asia-Pacific, protect Taiwan’s sovereignty, and not place Japan or other allies in politically compromising positions. Dr. Swaine commented that building deterrence through overall US military capabilities and the individual armed forces is a multi-faceted issue, involving both military deterrence and credible reassurance measures to avoid inadvertent conflict. Three ideal types of military deterrence approaches identified were: a) punishment, b) control, and c) denial. Dr. Heginbotham mentioned that the DoD’s military strategy has been slowly and consistently shifting toward active denial, but that more remains to be done. Active denial relies on phased operations and divisions of labor with allies among other principles. Effectively utilizing active denial’s principles will include some restructuring and aligning of the armed forces.

The presenters focused on force structure adjustments out to 2035 and in some instances, 2040. The armed forces should ensure that resilience is a centerpiece of all its efforts. Building this resilience will include increasing funding for infrastructure improvements in the Asia-Pacific. One such suggested infrastructure investment is for new hard cover sheltershardened aircraft shelters to protect grounded US military aircraft on the groundplanes. Dr. Heginbotham emphasized that these hard cover shelters would be much less expensive than replacing the planes themselves. Dr. Swaine stated that the US must take crisis management seriously, and that China will always be deeply suspicious of the US and its actions in the Asia-Pacific. He suggested that the US should increase the credibility of its One China Policy toward Taiwan and advocate for nuclear initiative transparency among nuclear actors and not force Japan to commit in advance to defending Taiwan with its own military. These steps may help avoid escalation between the US, China, or other regional actors.

Dr. Michael D. Swaine, director of the East Asia program at the Quincy Institute for Responsible Statecraft, is one of the most prominent American scholars of Chinese security studies. He comes to QI from the Carnegie Endowment for International Peace, where he worked for nearly twenty years as a senior fellow specializing in Chinese defense and foreign policy, U.S.-China relations, and East Asian international relations. Before that, Dr. Swaine served as a senior policy analyst at the RAND Corporation. He has authored and edited more than a dozen books and monographs, including America’s Challenge: Engaging a Rising China in the Twenty-First Century, and Conflict and Cooperation in the Asia-Pacific Region: A Strategic Net Assessment along with many journal articles and book chapters. Swaine is directing, with Iain Johnston of Harvard University, a multi-year crisis prevention project with Chinese partners. He received his doctorate and master’s degrees in government from Harvard University and his bachelor’s degree from George Washington University.

Dr. Eric Heginbotham is a principal research scientist at MIT’s Center for International Studies and a specialist on Asian security issues.  Before joining MIT, he was a senior political scientist at the RAND Corporation where he led wargaming and research focused on Chinese military capabilities and strategic decisionmaking. He was the lead author of several RAND studies, including China’s Evolving Nuclear Deterrent (RAND, 2017) and U.S.-China Military Scorecard (RAND, 2015). He was co-editor of China Steps Out: Beijing’s Major Power Engagement with the Developing World (Routledge, 2017), and he is co-author of Chinese and Indian Strategic Behavior: Growing Power and Alarm (Cambridge University Press, 2012). Heginbotham has published dozens of articles in Foreign Affairs, International Security, Washington Quarterly and elsewhere.