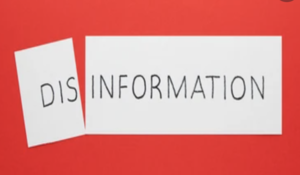 Mr. Morgus added that while disinformation is associated with information operations (IO), it also has implications for cyberspace. Furthermore, while the disinformation campaign during the 2016 presidential election received the most coverage, the issue presented by the rapid spread of disinformation is much broader than impacts on elections. Attacks from state and non-state actors via social media have helped increased political polarization in the US and often distract from traditional methods of communication, like TV and radio, that are still important and relevant in the discussion surrounding disinformation.

Ms. Thompson emphasized that there are several roadblocks for effective leadership in countering disinformation. Right now, the USG lacks a cohesive strategy, coordination, and prioritization for operating in the information environment (IE). She argued that the factors that contribute to a malicious actor’s ability to influence the United States’ IE, how private actors can be equipped and trained, and the USG’s role in protecting the IE should all be spelled out clearly. Moreover, as a democratic government, the USG must protect its principle of freedom of speech and how it represents itself to the rest of the world. Better defining measures of effectiveness (MOEs) is also important in order to measure the US’s messaging success and to determine how to bolster the US armed forces’, federal government’s, and domestic population’s resilience to malign influence campaigns.

Ms. Thompson emphasized that creating a clear connection between individuals’ actions in the IE and US national security is crucial. Increased funding for operations in the information environment (OIE) and increased sharing of data between actors in the IE and researchers will be important factors in increasing the US domestic population’s resilience. Mr. Morgus concluded the presentation by stating that the USG can increase its influence over the United States’ IE by increasing its policing power, leveraging sanctions against state actors, and being proactive in its OIE in order to deter malicious IO.