What Does China Want? 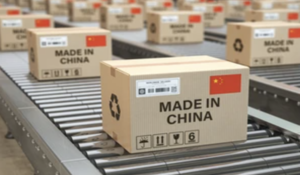 LTG McMaster described the current geopolitical competition between Western countries and China as a competition between open democracies and closed authoritarian states. He believes that in this competition, democracies are currently at a disadvantage to closed authoritarian societies because of self-inflicted wounds, including a belief that the world will naturally liberalize and that true authoritarian countries will not be able to gain popularity with civilian populations. The assumption that authoritarian countries cannot compete with democracies was described bt LTG McMaster as strategic narcissism, which can be countered by increases in strategic empathy, a reexamination of US leaders’ perceptions of the world, and a realization that the US is in a great power competition (GPC).

Part of this new understanding is recognizing the hypocrisies between the Chinese Communist Party (CCP) leaders’ narratives and their actions. Among these hypocrisies are 1) preaching rule of law and committing ethnic genocide against its Uighur population and 2) claiming to support multinational organizations while trying to subvert them against their purpose. Furthermore, the West’s current disadvantage to China can be traced back to two misconceptions: 1) that China’s aggressiveness is based on US-China tensions and 2) that by being non-aggressive, the West can avoid conflict with China. LTG McMaster argued that European countries must take a stronger stance with China and that all Western countries should coordinate sanctions in response to China’s aggressive behavior in the information environment (IE) and its human rights violations. Also, the USG can turn its freedom of speech, which China views as a weakness, into a strength by targeting Chinese foreign exchange students, in particular. He concluded by stating that the US should be optimistic about its ability to compete more efficiently and effectively with China in the future because of how well the US’s governmental system has survived despite the COVID-19 pandemic, civil unrest, and a highly polarized political election.

Our speaker’s briefing materials will be posted here on Thursday 22 April 2021.