Algorithms of Armageddon: What Happens When We Insert AI Into Our Military Weapons Systems? 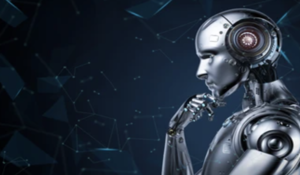 CAPT Galdorisi stated that technological advancements have always changed the way which wars have been fought. A new development for the US is having two peer competitors—Russia and China—in the field of technological innovation. The country that is able to integrate artificial intelligence (AI) specifically will have a significant advantage in future military conflicts. The DoD created a strategy to support its advancement of AI technologies that is focused on human-machine teaming and is founded on five pillars: technology, culture, user inputs, new users/new marketplaces, and processes.

CAPT Galdorisi emphasized that it will be important to alleviate the public’s fear of killer robots and other fears surrounding AI, which has been partly created and propagated by the media. The DoD’s past integration of AI into its armed forces has been focused on intelligence, surveillance, and reconnaissance. By successfully implementing these technologies into missions, operators will be better able to improve their processes for observing, orienting, deciding, and acting (OODA) in the OODA loop. CAPT Galdorisi concluded the presentation by stating that the Naval Information Warfare Center (NIWC) Pacific does not create systems; it improves them and makes them smarter. He also stated that it will likely be impossible for NIWC Pacific to engineer out all ethical dilemmas related to AI, rather it is looking for an optimal-case solution.