Are They “Ticking Time Bombs?” Children and Terrorism 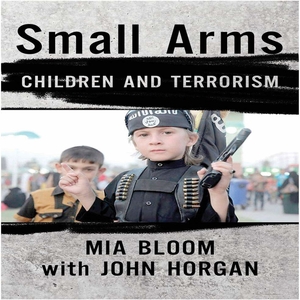 “Are They ‘Ticking Time Bombs?’ Children and Terrorism”

SMA hosted a speaker session presented by Dr. Mia Bloom (Georgia State University) as a part of its SMA CENTCOM Speaker Series. During her brief, Dr. Bloom spoke about the roles of women and children in terrorist networks. She explained that each terrorist group’s methods of exploiting women and children is different. She used al-Qaeda in Iraq as an example, highlighting its use of female suicide bombers as its weapon of choice. Al-Qaeda recognized that women are less likely to be searched at checkpoints, tend to blend in with civilian populations better than men, and often wear long, black, Islamic robes that can conceal explosives. For these reasons, al-Qaeda increases its recruitment of women. Dr. Bloom proceeded to provide five primary reasons explaining why women willingly join these groups: 1) for redemption, 2) for revenge, 3) to gain respect, 4) because of existing relationships/ties to that organization, and 5) sexual violence and the accompanying honor code. She highlighted that women raped in traditional societies are often funneled into terrorist organizations because they would otherwise face certain death by the hands of their family members. Other women recruited by terrorist organizations are groomed at a young age and married off to group members, so that they can become bombers. Many of these young women are from the Middle East, Dr. Bloom clarified, despite the large amount of media attention and coverage on those hailing from the West. Next, Dr. Bloom spoke about children as targets of recruitment. She stated that ISIS has taken a unique approach regarding the use of children in propaganda. ISIS is one of the few terrorist organizations that has placed children front and center in its propaganda images. Dr. Bloom spoke about how ISIS solicits charismatic children to speak to large audiences, normalizes war among youths, and “brainwashes” them at an early age via specially tailored teaching materials as well. To conclude, Dr. Bloom spoke about the deradicalization of children and women. She highlighted Saboon in Pakistan, which she deemed the “gold standard” for child deradicalization programs, and raised several questions about the futures of the women and children who were once involved in a terrorist group.