Challenges and Opportunities of Advances in Satellite Technologies: A National Security Perspective 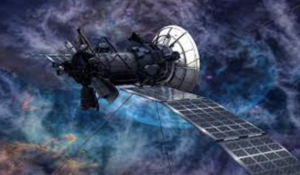 Dr. Borowitz commenced the group’s presentation by stating that space is a quickly evolving theatre, which places the United States’ many satellites at physical risk from debris and at security risk from malicious actors. She added that a regulatory system for space should be created as the USG, other governments, and commercial entities continue to increase satellite launches, which increases the size of man-made constellations. Dr. Borowitz emphasized that these regulations can only be created by countries coordinating their national space policy and increasing their bilateral communication and engagement through data sharing and coordinating satellite maneuvers. Russia was named as a conflicting presence in space, who frequently sends their satellites in close proximity to the United States’ or other countries’ satellites. Furthermore, Russia’s response to allegations of aggressive behavior was that there are simply no international regulatory rules in place.

Maj. Stewart continued to address the topic of satellite security by emphasizing that it is important to make the distinction between satellites that present a security threat and those carrying out commercial tasks. Identifying which satellites pose a military or security threat is a difficult task because all satellites have dual use technology. Furthermore, it is likely for an adversary to use their satellites to probe US reaction time and capabilities to defend their own satellites by coming in close proximity with their own. The United States’ satellite’s detection and defense systems will likely begin to struggle as more commercial companies launch their own satellites and fill space with smaller objects that can maneuver with ease. He argued that the increased number of commercially owned satellites also presents a security risk because private companies operate with less restrictions than the USG and incorporate less encryption into their software, which ultimately makes their satellites more vulnerable to hackers. Maj. Stewart echoed Dr. Borowitz’s insight that the only way to increase the security of space is to increase data sharing and undertaking bilateral efforts such as debris removal.

Dr. Lightsey commented that the United States is now experiencing more competition in space than it ever has, because of a decreasing cost of space technology and increasing capabilities of other actors’ satellites. He also emphasized that forming international regulations and a system of enforcement for violators is key to building infrastructure for space. Regulatory steps include identifying satellites that are maneuverable and those that will stay in a fixed position, controlling the velocity of satellites that are moving, and defining standards for how close countries can position their satellites to others. Several enforcement mechanisms for countries that routinely violate future international regulations could include monetary fines or restrictions on future satellite launches, which are easy to detect and monitor. Dr. Lightsey compared space to a national forest, or a space for all responsible stakeholders to participate if they also take on the role of its custodians. He concluded the group’s presentation by stating that the best way to control the growth of space and develop the environment’s infrastructure is to create a 10-to-20-year plan, which involves bilateral cooperation and data sharing.