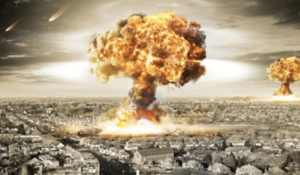 SMA hosted a speaker session with Prof. Rupal Mehta (University of Nebraska–Lincoln) as a part of its SMA STRATCOM Academic Alliance Speaker Series.

Prof. Mehta focused on her book project during her brief. The book’s overall thesis is that external pressure can be effective in counter-proliferation, and it examines what factors common among proliferating states can lead to the reversal of their nuclear programs. Prof. Mehta emphasized that there are certainly advantages for a country to pursuing proliferation, including the ability to 1) deter other countries from aggressive action, 2) encourage compliance from other actors, 3) strengthen alliances, and 4) promote political cooperation from other countries. The costs of pursuing a nuclear program, on the other hand, are 1) a loss of security, 2) negative effects on domestic politics, and 3) its heavy financial impact. External factors, Prof. Mehta stated, are the reason why most proliferation programs no longer exist, however.

One key takeaway from Prof. Mehta’s book project is that most countries will likely cease their nuclear proliferation efforts if it comes at the cost of another program that the country cares about more. Furthermore, Prof. Mehta noted that it is common for the US or other developed nations to notice a developing nation’s proliferation program and either initiate negotiations or levy sanctions to prompt that nation to cease its program. Military operations can also potentially dissuade countries from continuing to pursue proliferation programs. Finally, the ideology of the counterproliferation leader can impact the success of its efforts to halt the nuclear program of another nation. Positive incentives, in particular, have been used by these leaders in the past to deter proliferation.

Prof. Mehta concluded by stating that while her research shows that there are several avenues that a nation can take towards effective counterproliferation, all efforts may fail when presented with a unique case like that of North Korea.