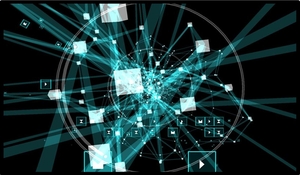 SMA hosted a speaker session presented by Dr. Ethan Bueno de Mesquita (University of Chicago) as a part of its SMA STRATCOM Speaker Series. Dr. Bueno de Mesquita began by stating that although the US and its allies have tremendous cyber capacity, practitioners tend to believe that their strategic thinking is lagging behind. He argued that US strategists must think about deterrence while also thinking about the problem of attribution because, unlike in many other forms of conflict, strategists are often uncertain as to who is responsible for a cyber attack, or if they are even under attack at all. Dr. Bueno de Mequita proceeded to discuss the game theoretic model he used in his analysis, which was designed to “take attribution seriously” and included multiple potential actors and a defender. He then outlined his four primary findings: 1) “Deterrence in cyber-space is global and interconnected, not bilateral;” 2) “Optimal cyber-deterrence blends aggressive retaliation when attacks are clearly attributable with forbearance when they aren’t;” 3) “Retaliatory efforts should be focused on our most deterrable, rather than most aggressive, adversaries;” and 4) “Attribution problems make cyber-deterrence global rather than bi-lateral.” He elaborated on each of these primary points, identified examples of past cyber attacks that have illustrated the difficulty of attribution, and argued that cyber-deterrence doctrine should reflect a strong sense of commitment to taking defensive actions if necessary. He also argued that US strategists must focus on the most deterrable adversaries and warned that improving attribution can have unintended consequences, such as increased aggression among attackers. To conclude, Dr. Bueno de Mesquita stated that there are three components of the attribution problem (false alarms, detection failure, and mis-identification), that strategists should strive to increase their level of confidence about retaliation, that better detection without better identification can backfire, and that chasing too much certainty can become problematic.

Due to technical difficulties and sub-optimal audio quality, the audio file has been excluded from this website. If you are still interested in listening to the audio, please email Ms. Nicole Peterson (npeterson@nsiteam.com).