Guns to Butter: Economic Concerns and Policy Preferences in Russia 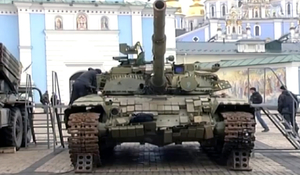 “Guns to Butter: Economic Concerns and Policy Preferences in Russia“

SMA hosted a speaker session presented by Dr. Maria Snegovaya (Johns Hopkins University School of Advanced International Studies) as a part of its SMA EUCOM Speaker Series. Dr. Snegovaya first explained that there is a tradeoff between military and consumer spending: as a country invests more in its military (i.e., produces more guns), it must reduce household consumption (i.e., butter). Moreover, in times of economic stagnation or decline, overall production elevation is often infeasible, and thus a country must prioritize guns over butter. This can then have a significant impact on a country’s domestic public opinion and influence a population’s changing priorities. In her research, Dr. Snegovaya assessed to what extent these dynamics can be found in Russia. She conducted a survey both in 2014 and in 2018, which indicated that Russians’ priorities changed dramatically from an emphasis on justice, sovereignty, and military power to an emphasis on economic welfare over time. Therefore, the salience of Putin’s foreign policy appears to be declining as Russia’s economic situation worsens, according to Dr. Snegovaya. She then discussed the experimental survey that she conducted in June 2019, which assessed whether Russians increasingly favor “butter” over “guns” under economic strain. The results of this survey indicated that respondents concerned about the economic situation in Russia generally 1) are less likely to support increased military spending, 2) are more likely to believe that the state should prioritize its domestic agenda over its foreign policy agenda, 3) prioritize the country’s economic wellbeing over military might, 4) are less likely to consider Russia as a great power, and 5) experience a decrease in their support for Russian authorities as the economic situation worsens. Therefore, Putin’s ability to use propaganda in order to divert public attention from domestic problems such as economic decline through what Dr. Snegovaya referred to as “militaristic rhetoric” is limited.