Improving Capabilities for Operations in the Information Environment: Information Forces and Intelligence Support 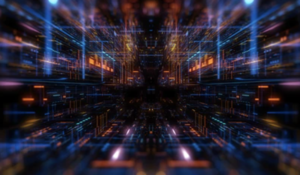 This presentation was based on two recent RAND reports, which detail how information operations (IO) can be more effectively integrated into the DoD’s current framework for operations. Mr. Schwille stated that to achieve this goal, members of Congress have proposed creating an Information Force, which would institutionalize IO and bridge the gap between the intelligence community and the IO community. Mr. Schwille argued that ultimately, there needs to be better coordination between the intelligence community and the IO community, particularly with respect to deciding what data should be collected, who is responsible for collecting the data, and who is responsible for analyzing the data. Six types of challenges for better incorporating IO into the DoD’s existing framework were consequently identified in one of RAND’s reports: 1) coordination and collaboration, 2) division of labor, 3) missing expertise, 4) prioritization, 5) gaps in concepts or doctrine, and 6) intelligence authorities. Moreover, four main types of solutions were identified: 1) improving processes across organizations, 2) prioritizing support for IO, 3) training and educating operators in the information environment (IE), and 4) allocating personnel effectively.

Dr. Paul described how drawing a comparison between the contemporary information forces and historical special operations forces (SOF) helps frame where contemporary information forces currently are in their development. Dr. Paul stated that even a well-founded force like SOF has gone through boom-and-bust periods that were mostly a result of how much funding Congress decided to provide—both during war and during peacetime. It was not until several critical misuses of SOF personnel by commanders that SOF enjoyed more consistent budgeting, and consequently, a more sustainable level of success. Contemporary information forces could enjoy similar success to that of SOF, Dr. Paul argued, if: 1) its leadership is placed in a single office, 2)_ if that office creates clear career trajectories for its operators, 3) if it secures consistent funding, and 4) if it creates an effective educational system for its operators to help them become more well-versed in relevant subjects across the IE.