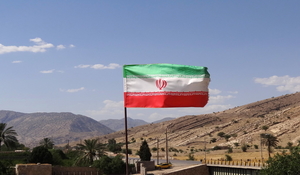 During his portion of the discussion, Dr. Ostovar addressed the following questions: 1) Understanding that Iran wants to operate at a level below armed conflict, what actions by the US would be considered a redline for Iran and why? and 2) If armed conflict arises, where will Iran engage the US military forces and through what branch (Artesh, IRGC, IRGC Qods Force, Proxies)? Dr. Ostovar stated that Iran is operating in an environment that suggests that redlines have been crossed. These redlines are likely the US’s economic sanctions and its attempted oil embargo. A more significant redline for Iran would be an overt attack on Iranian soil. Dr. Ostovar also stated that the US should not assume that Iran wants to avoid armed conflict. Iran may be willing to accept a limited armed conflict (or even see it in their interest), as is evidenced by Thursday’s drone shooting. Dr. Ostovar then explained that Iran may engage US military forces via proxies, anti-air missiles, and/or more civilian shipping incidents. He explained the Iranian force that will take the lead in a conflict with the US, whether it be Artesh or the IRGC, will depend on the AOR. Overall, according to Dr. Ostovar, Iran has three choices: 1) Live with sanctions and see if things change, 2) Capitulate through talks and compromise, or 3) Push back in some way in order to regain some leverage in its relationship with the US. He concluded his discussion by outlining the three options that Iran has if talks do not occur: 1) Escalate by targeting the US directly, 2) Perform more low level attacks against US civilians and sanctions, and 3) Retreat.

During his portion of the discussion, Dr. Arquilla addressed the following questions: 1) What are the differing perceptions of proportionality between Iran and US?; 2) What action could the USG take that might improve GCC rift relationship during an Iran crisis?; and 3) Are there historical examples of the Iranian regime changing policy due to external pressure? Dr. Arquilla explained that, so far, there has been a solid effort on Iran’s end to act and react in proportional ways. He provided a series of examples, ranging from Iran’s light footprint in Iraq, Syria, and Yemen to its assistance in rolling back ISIS and aiding Shia militias. Dr. Arquilla then spoke about Abraham Maslow’s hierarchy of needs in relation to actions that the USG could take to improve relations with Iran. He stated that the metaphorical pyramids depicting the US’s and Iran’s needs are inverted. The US’s pyramid begins with the belief that Iran should not be a nuclear power at the base, the desire to curb Iranian influence in the middle, and the desire to turn Iran into a full democracy at the top. Iran’s pyramid, however, begins with governmental stability at the base, recognition as a regional power in the middle, and possessing nuclear weapons at the top. Dr. Arquilla stated that there is room for discussion and compromise within each country’s middle tier of needs. He then discussed the parallels that he sees between the Iran situation and the Cuban missile crisis, as well as the lessons that can be learned from its resolution. Furthermore, he advised that the US see Iran as an actor that one can count on to act in a relatively rational way. To conclude, Dr. Arquilla stated that the US should engage Iran in a limited way and cautioned that the US also has points of vulnerability throughout the Middle East that Iran may be willing to exploit.