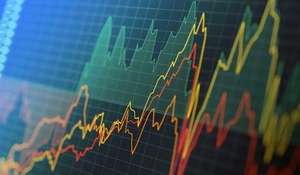 Mr. Strong first outlined the differences between prediction versus anticipation. Individuals tend to defer to the obvious and not look toward the extreme possibilities of the future, according to Mr. Strong. Moreover, a “black swan” cannot be predicted—a black swan is an event that is unexpected and catches one off guard. A “dragon king,” however, is an event that can be predicted because it is based on measurable factors. The identification of both black swans and dragon kingsis a useful exercise in guiding one’s assumptions and predictions for the future, Mr. Strong stated. He then focused on a classic example of a black swan event: the Arab Spring (2010–2012). This series of protests and uprisings taught individuals about causes and effects. The Arab Spring as a whole could have been anticipated based on pre-existing conditions in the Middle East, but the trigger for the event could not have been predicted, according to Mr. Strong. Events like these, which are inherently anticipatable, are critical in studying trends and indicators. In the case of COVID-19, the world’s response was inadequate, suggesting that although many individuals may have predicted the pandemic, the number of and extent of the repercussions were not anticipated. Mr. Strong then described his current work. He stated that the aim of his work is to think about how various subject areas and regions may be affected by potential problems in the future in order to better predict and anticipate their effects. Some of these problems include various potential clashes, such as disputes over the China and India border. Others consist of an air travel crisis or the possibility that a certain incident, such as the pandemic, could diminish a number of airlines and air travel globally. To conclude, Mr. Strong stressed the importance of getting subject matter experts out of their stovepipes, giving them a chance to think about how their areas of focus may be impacted by certain problems, and allowing them a chance to exchange views with experts of different areas of focus about how scenarios may unfold and how various dynamics may affect each other. He stated that as a society, we seemed to have moved away from this process; however, he is determined to reignite it.