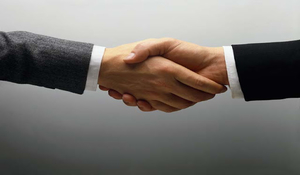 Mr. Armstrong took a historical approach to his presentation. He first noted that in the contemporary search for solutions, we want to look for precedents, but often times, incorrect lessons are drawn while the right lessons are missed. He highlighted how Presidents Truman and Eisenhower used the phrase “the struggle for hearts and minds” in an era that is more similar than dissimilar to the one we are in today. Mr. Armstrong then underscored three lessons he hoped to convey in his talk: 1) Leadership leads to purpose, structure, and accountability; 2) strategy is not an alternative spelling for tactics; and 3) an organization chart reflects strategy, but it is not strategy.

Next, Mr. Armstrong discussed three case studies. The first case study focused on how the US government began to develop psychological defense through the initiatives of key figures such as Secretary of the Navy Joseph Daniels and Secretary of War Newton Baker, which ultimately resulted in the formation of critical entities such as the Committee on Public Information. The second case study showcased the well-integrated, comprehensive, whole-of-government approach—particularly during World War II—of the Office for Coordination of Commercial and Cultural Relations between the American Republics (OCCCRBAR). This organization facilitated strong US engagement and cultural exchange with Latin America, helping to counter enemy influence operations in Latin America. The third case study detailed the development of US public information entities, beginning with the birth of Global Public Affairs in the Department of State in the 1940s and culminating in the creation of the US Information Agency in 1973. Within this third case study, Mr. Armstrong highlighted the work of numerous US government leaders in developing US government entities engaged in information warfare. Among them was Archibald MacLeish, the first Assistant Secretary for Public and Cultural Relations.

Mr. Armstrong concluded by underscoring the importance of US government entities knowing what they want to achieve. He stated that if an organization does not know where it wants to go, it won’t matter what the organizational chart looks like.