Network Origins of the Global Economy: East vs. West In a Complex Systems Perspective 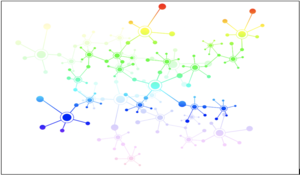 “Network Origins of the Global Economy: East vs. West In a Complex Systems Perspective“

SMA hosted a speaker session presented by Dr. Hilton Root (George Mason University) as a part of its SMA Future of Global Competition & Conflict Speaker Series. Dr. Root first stated that there is an increased fear of global instability and a diminished confidence in the solutions of the past. Therefore, over the past 10-20 years, experts have started to rethink the grand narrative of political and economic history we have grown to adopt. Furthermore, the rise of the East and its diversion from the West in terms of norms and political organization have also inspired this rethinking. When writing his book, Dr. Root studied the history of regimes and examined five great transitions in history to derive the following conclusion: The global economy is a network of networks. He explained that network science has already been used among economists, though the predominant views that have dominated global history are those of historical political economists Douglass North and Daron Acemoğlu. He explained their economic beliefs and research, while also highlighting the shortcomings of this work. Dr. Root then focused on his book, which contests that every system is a node connected to another node in an overall network structure. He highlighted the key differences between the East and the West, namely that the West tends to adopt systems that limit centralization and favor distributed authority. Dr. Root explained that the East generally leans towards centralized systems as a result of its imperial dynastic past, and he discussed the merits of this centralized system, as well as its its shortcomings. Next, Dr. Root raised a policy concern: How can the interactions of two systems be governed, and can a global system be implemented to govern both of them? For the remainder of his presentation, Dr. Root highlighted some of the topics discussed in his book, namely 1) the political economy of complex systems, 2) the origin of legal systems and whether they can be replicated or transferred, 3) the constraints within Europe and China that historically prevented them from expanding, and 4) present sources of global instability. To conclude, Dr. Root stated that going forward, the US will be presented with the choice to either connect with or separate itself from the East, despite their systematic differences.