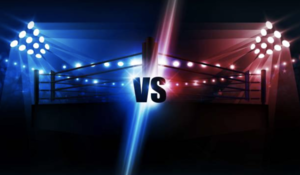 As a pilot study, the Center for Advanced Red Teaming conducted a series of four simulation sessions in January 2020 to explore the question of how Great Power Competition (GPC) and regional dynamics might change following the targeted killing of Qassem Soleimani. These employed Strategic Dynamics Red Teaming, a technique that varies RED players across multiple simulations, while keeping BLUE and GREEN teams constant. Simulated actors included the PRC, Iran, and Russia as RED, the United States as BLUE and KSA, Israel and the EU as GREEN. Four simulation sessions were conducted, three of which involved experts and one students as participants. The process collects a variety of information relevant to gaining a picture of strategic developments over the simulated timeframe (2020-2022), including data on: longer-term strategic objectives, strategic assumptions, risk proclivities, shorter-term “operational” objectives, overt and covert actions and a post exercise strategic assessment.

Analysis of the collected data yielded a variety of expected developments, like Chinese economic expansion into the AOR and continued Iranian support for proxies in Iraq, Lebanon and Yemen. However, the simulations also revealed several developments that were less expected or displayed one or more novel characteristics. Among the more notable of these were:

Comparatively, all of the adversaries across most sessions had as an explicit strategic goal to diminish U.S. power and influence in the AOR and all three adversaries sought to expand their geopolitical influence in the AOR in at least one session. Both China and Iran in several sessions sought to create military and/or economic dependencies with state and non-state actors in the region. Russia and China both sought to expand their economic growth through engagement in the region, and both desired to increase their status as a regional diplomatic partner and convener. China also notably sought to secure vital energy resources, while (together with the EU) it was the only actor that had a deep desire to avoid the eruption of conflict in the region (especially between the United States and Iran). Somewhat surprisingly in the case of Iran, only one of four participants had acquisition of a nuclear weapons capability as an explicit strategic goal. With respect to overall strategic risk tolerance, Russia’s was the highest of the three RED adversaries, but it is noteworthy that the expert participants who played KSA, Israel and the United States in Sessions 1-3 all rated their countries’ risk tolerance higher than any of the adversaries in any of the sessions.

Across actors, simulation sessions and rounds, the most common shorter-term “operational” objectives were to increase economic ties and investments in the AOR and to coordinate diplomatically in order to stabilize the region and prevent war between Iran and the United States. Both the PRC and Russia intended to force U.S. military personnel out from the AOR in most sessions. Perhaps as expected, both China and Russia in at least one session sought to increase their military presence in the region, but perhaps more surprisingly, both the expert and student participants representing the EU decided to increase the EU’s naval activity in the Gulf. Turning to individual states, China generally attempted to reduce U.S. influence in the region and protect or expand their economic influence (through the Belt and Road Initiative). The PRC supported Iran politically but was also willing to work with all regional parties to avoid an open conflict. In addition to the goals noted above, Russia worked to marginalize Iran in Syria, as well as to undermine U.S. influence in the region, including through covert disinformation campaigns. It also sought to solidify and deepen its influence in Central Asia to counter an encroaching China and – unlike many of the other actors – actually looked to increase the price of oil, which would benefit it economically; therefore, regional instability could actually help Russia in this regard. Aside from those goals already mentioned, Iran in a single session worked to acquire and then later to relinquish a nuclear weapons program. It also sought to hinder traffic in the Straits of Hormuz and to lessen the effects of sanctions.

The most common overt actions across the four sessions were engaging in trade negotiations (or concluding trade deals), diplomatic offers to act as a peace broker between competing sides, and offers of (or activities demonstrating) peaceful cooperation between two or more states. Military aid and propaganda were also fairly common. There was only one case of major overt kinetic action (a missile strike by Iran against an American base in Oman). Unsurprisingly, the EU took the greatest number of overt actions, mainly acting diplomatically and economically. Somewhat more interestingly, Russia also took a large number of overt actions, primarily diplomatically, but also militarily. The bulk of United States actions were military in nature.

All of the actors in the simulations engaged in several different types of covert action. By far the most common type of covert action was backchannel discussions, threats and negotiations, but this was mainly due to their prolific use by the European Union. Prominent across multiple actors were espionage, cyberattacks, covert arms transfers, disinformation campaigns and funding sub-state proxies. With respect to differences across actors, the RED actors tended to utilize military covert actions, while GREEN and BLUE tended to engage in more intelligence-focused actions. The Great Power Competitors (United States, PRC and Russia) all engaged in disinformation campaigns in at least one session.

Although this effort represented only a pilot study, it demonstrated that Strategic Dynamics Red Teaming is capable of rapidly and at low cost exploring complex strategic dynamics in an AOR. Beyond merely narrative output, the multiple simulations involved allow for sophisticated analysis. For example, the study applied natural language processing techniques to the outputs of the exercises. While the results were only illustrative, they indicated that future SDRT studies could benefit from this approach.