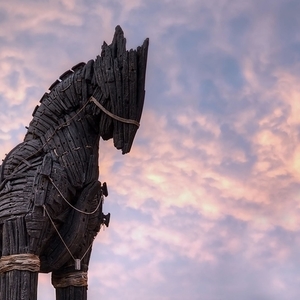 SMA hosted a speaker session presented by Dr. David Dorondo (Western Carolina University) as a part of its Future of Global Competition & Conflict Speaker Series. Dr. Dorondo began by stating that “Trojan Horses” and “fellow travelers” are indeed real. He provided some background information on German-speaking (GS) countries (viz., Germany, Switzerland, Austria, Luxembourg, Liechtenstein, Eastern Belgium, and Northern Italy) and East Central Europe (ECE) (viz., Hungary, Czech Republic, Slovakia, and Poland) before discussing the importance of US recognition of Russian and Chinese efforts in GS-ECE. Dr. Dorondo explained that not only is Germany one of the three most important EU member-states from a US standpoint, but it has the largest European economy, is the most powerful non-nuclear state in Europe, and is a critical member of NATO. Thus, the US must be cognizant of Russian and Chinese commonalities with Germany, such as their shared position on the Joint Comprehensive Plan of Action’s (JCPOA) retention, as well as Germany’s positive economic relationships with Russia and China. Dr. Dorondo proceeded to discuss the rationale behind his study of possible Russian Trojan Horses, namely 1) Though not necessarily linked to Russian cyber operations targeting European states individually or collectively, Trojan Horses benefit from that element of Russian hybrid warfare; 2) To the extent that they pursue pro-Russian policies, Trojan Horses serve to disrupt, destabilize, and could conceivably disintegrate collective NATO/EU structures; and 3) Whether they are willing Trojan Horses or fellow travelers, these groups tend to benefit from and stoke the current resurgence of left-wing and right-wing populism and/or extremism in Europe. After speaking about several challenges and potential opportunities stemming from his study, Dr. Dorondo identified the Trojan Horses and fellow travelers on which he focused, namely political parties (e.g., Alternative for Germany [AfD], Awakening of German Patriots [AdP], Die Linke [The Left]), economic actors/investment projects (e.g., Nord Stream 2, TurkStream), and prominent individuals (e.g., Gerhard Schröder, Heinz-Christian Strache, Karin Kneissel). To conclude, Dr. Dorondo presented his key takeaways, including 1) A stable, democratic, peaceful Europe that is willing to trade with the US has historically been best for the US; 2) Heretofore, there has never been any fundamental transatlantic divide over alliances, free trade, democratic norms, and the reliability and value of US leadership, though, there now appears to be such a divide; and 3) Memory serves as a motivator among GS-ECE states.