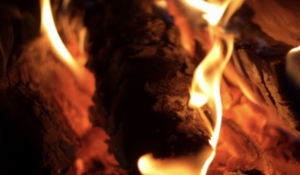 SMA hosted a speaker session with Dr. Edward Schatz (University of Toronto) as a part of its SMA General Speaker Series.

Dr. Schatz began by stating that the current practice of examining mostly extreme cases of anti-Americanism can lead to a misrepresentation of the overall sentiment countries hold toward the US. Focusing on these extreme cases, like Venezuela, makes the gradual and slow growth of anti-Americanism in other regions seem insignificant. Central Asia, which is comprised of former Soviet States, is a good case study for how the slow growth of anti-Americanism is geopolitically important and involves some factors that are not within the United States’ control. The perception of the US is frequently affected by actions the USG takes and internal events occurring within the countries themselves. Furthermore, how the US is perceived by other countries and their populations changes over time and is therefore not stable.

Following the collapse of the Soviet Union, the US was idolized as an example of democracy by many countries in Central Asia. Many of these nations believed that if they simply adhered to the USG’s form of democracy and capitalism, they would thrive. Because these countries did not prosper as much as they anticipated, they have either drifted away from democratic systems in general or adopted systems that are more akin to the European style of democracy as opposed to the US’s.

Dr. Schatz also showed how the perception of the US has changed over the course of several social movements in Central Asia, including Islamist movements, which have propagated negative views towards the US, and human rights movements, which originally viewed the US in a positive light but have slowly shifted away from encouraging this positive perception over time. Dr. Schatz concluded his brief by emphasizing that the US can improve its global image by constructing a clear message that is delivered to its target audiences (in Central Asia and beyond) in their native languages and by local leaders.