Spoiler Alert: Managing the Threat of the Islamic State During Great Power Competition 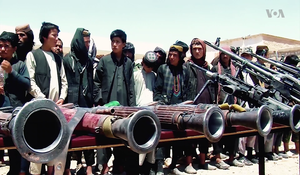 SMA hosted a speaker series with Dr. Craig Whiteside (US Naval War College) and Dr. Haroro Ingram (George Washington University) as a part of its SMA CENTCOM Speaker Series. Dr. Whiteside began by discussing the global influence and resilience of the Islamic State, highlighting its continued presence despite the death of its physical caliphate. He also stated that in the age of great power competition between the US, China, and Russia, many scholars think small ideological competitors will no longer be significant. However, Dr. Whiteside argued that this has not been the case thus far. He explained that the security environment is not bipolar, and the Islamic State is continuing to redefine and shape local conflicts to serve its larger goals. Furthermore, he claimed that the Islamic State will weaponize a change in the international global order, if it is altered from the way we know it today. Dr. Whiteside continued by describing the Islamic State as a transnational enterprise and discussing the global network that stems from this empire. He emphasized that the Islamic State has learned to operate this global enterprise quite effectively over time; it has become well-organized, well-financed, and technologically savvy. However, in contrast, Dr. Whiteside identified two strategic dilemmas that the Islamic State faces. These include itslack of a master plan and most of its operations’ dependency on waiting for the right opportunity to strike. To conclude his remarks, Dr. Whiteside discussed the importance of understanding insurgency doctrine and how it influences the Islamic State’s strategy on three pillars: continual stabs, cumulative attrition, and consolidation/empowerment. Dr. Ingram continued the speaker session by discussing how the Islamic State’s simple strategic principles, operational approaches, and ideological concepts have evolved over time, both in concept and in practice. He argued that understanding these things is the best way to project assessments of the Islamic State into the future and that observing its history helps one develop nuanced understandings of its ideology that may aid these assessments. Dr. Ingram then provided three main ideas to take away from the presentation. He first argued that great power competition matters to the Islamic State, based on its rhetoric, how it thinks of global issues, and how it pursues its goals. Secondly, he suggested that anti-Islamic State efforts are complementary with great power competition when considering global partnerships and allied support. To conclude, Dr. Ingram argued that American leadership matters on the global stage with regards to maintaining pressure on the Islamic State and building global partnerships to counter its influence.