The Role of Political Islam in COVID Times and Regional Developments 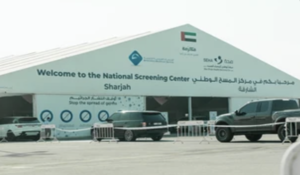 Prof. Simon Mabon began by stating that the outbreak of the COVID-19 epidemic increased dialogue among many of the countries in the Gulf Cooperation Council(GCC): a group which had the potential to geopolitically reconstruct the region. He also compared COVID-19’s ability to improve the region’s political relationships to the softening of GCC geopolitics after past natural disasters. An example that illustrates the enhancement of political relations in the Gulf is the United Arab Emirates’ use of humanitarian aid to improve its own political image by helping countries with less resources early on in the pandemic. However, as GCC countries began suffering economically and COVID-19 rates increased, countries began to point blame, mostly at Iran, and the prospect for a GCC geopolitical renaissance faltered.

Dr. Luciano Zaccara then focused on the impact that COVID-19 had on Iran internally. He emphasized that there is controversy surrounding almost every aspect of the epidemic in Iran. These controversies include when Iran had its first official case, how Iran concealed data on the spread of COVID-19, how the epidemic has impacted members of Iran’s parliament and ruling elite, and who has access to available vaccines. Furthermore, the ability for several GCC countries to trace their first official COVID-19 case to individuals who recently returned from Iran led to the blame being placed on Iran for the spread of epidemic throughout the region. As a result, several countries closed their borders to Iran, which only exacerbated Iran’s domestic hardships.

Next, Dr. Lucia Ardovini provided a summary of how the ongoing pandemic has strengthened political Islam throughout the GCC. She defined political Islam as non-secular politics that blends the religion of Islam and government together. Dr. Ardovini then asserted that even though political Islam has been under attack by the region’s governments, because government elites are concerned that other religious movements could threaten their control by gaining popular support, the COVID-19 epidemic has only further entrenched religious institutions’ roles as support systems and providers of services. For example, governments in the region have relied on religious institutions to encourage citizens to socially distance and receive vaccinations. Overall, Islamic institutions in countries that have less resources to endure the epidemic have carried more political weight and a larger role in fighting the epidemic.