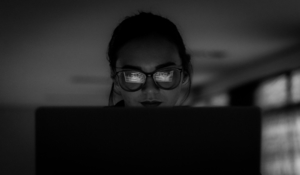 SMA hosted a speaker session presented by Professor Jacob Shapiro (Princeton University) as a part of its SMA General Speaker Series. To begin, Professor Shapiro outlined three criteria used to define a foreign influence effort: 1) “foreign” (i.e., an attempt by country A to project content in country B), 2) “deceptive” (i.e., masquerading content as organic to country B), and 3) “political” (i.e., possessing a clearly identifiable objective). He then stated that there have been a total of 53 foreign influence efforts against 24 different countries since 2014, 72% of which were conducted by Russia and most others by Iran. He highlighted that many of these efforts have occurred simultaneously, though many were instigated in support of different political goals. He also stated that Russia has targeted the US and the UK more consistently, whereas it has targeted other countries in a more fleeting manner. Next, Professor Shapiro highlighted Project Lakhta as an example of a long-term foreign influence effort, as well as the Russian Federation’s operation of a military intelligence agency in 2016 called the Main Intelligence Directorate of the General Staff (GRU). He identified various trends among foreign influence efforts over time by country, highlighting that the overall rate of initiation appears to be dropping, and the number of ongoing efforts appears to be dropping for Russia, but not Iran. He also spoke about trends over time by approach—the most common were “amplify,” “create,” and “distort”—as well as by strategy—which included defaming individuals, using the media to amplify messages, persuading, shifting agendas, polarizing, and undermining institutions. He outlined a series of trends among actors as well, highlighting that multiple actors and/or media organizations are often involved in any given campaign. Lastly, Professor Shapiro shared five trends in tactics: 1) using bots, 2) using fake campaign accounts, 3) repurposing trending hashtags, 4) stealing information, and 5) trolling. To conclude, Professor Shapiro outlined several difficult challenges that communities studying foreign influence efforts face, while emphasizing the increasing difficulty of detection, Twitter and Facebook’s differing ways of approaching detection, and ways in which detection is already improving.