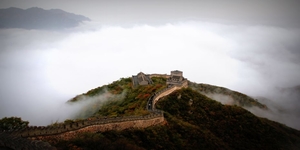 It is not an exaggeration to state that China is and will remain a significant challenge to the US on all aspects of national power for the foreseeable future. This situation has been in the making for quite some time. This SMA Perspectives paper will not delve into the historical roots of why the US got to where it is, however. Nor will it dwell on the purely military aspects of the conflict. These are important considerations that are amply discussed elsewhere in numerous scholarly publications. This SMA Perspectives paper is focused on the following question: “How should the US manage the US-China relations so that they stay below the level of conflict and destructive competition?” In this context, the paper distinguishes “constructive competition” from “destructive competition.” It is also a follow-on to a previously published paper, entitled “Present and Future Challenges to Maintaining Balance Between Global Cooperation and Competition.” The focus of the previous paper was on the conditions that encourage actors to act in ways that promote cooperation and avoid escalation to conflict. It offered a range of alternative actions that the US and/or another actor can take that will protect the vital interests of both. In the current SMA Perspectives paper, we apply this paradigm and the general insights from the previous paper to the US-China relationship specifically.

In the context of this SMA perspectives paper, “constructive competition” is a “state in which actors see their interests on a particular issue to be in some degree of non-threatening, non-damaging opposition.” It is “tolerable and productive,” and it is “the ideal mode in a dynamic global system, as it stimulates innovation and movement” (Astorino-Courtois, 2019; Astorino-Courtois, 2021). It assumes that the main actors can cooperate on common interests. It requires agreed upon norms or boundaries of accepted behavior and assumes that there is some degree of agreement between them. In this context, mutualism implies that both sides see the potential for gains.

Maintaining balance among competing interests in international security affairs is both a leadership and a management issue. Major leadership and management objectives include satisfying specific security objectives, while simultaneously 1) avoiding escalation (to the right) on the cooperation-competition-conflict continuum, 2) looking for opportunities to cooperate and compete constructively with long-time partners and competitors alike, and 3) retaining escalation control in the case of destructive competition and conflict. The ideal states are cooperation and constructive competition, given that US security objectives are met. Thus, the US objective would not necessarily be to “gain advantage,” particularly where cooperation better serves overall US interests. “Gaining advantage” implies asymmetry, which in and of itself is the foundation of destabilizing escalatory security spirals. Rather, the US objective would be to defend against disadvantage and seek to “create dilemmas for the adversary,” if these dilemmas would lead to cooperation or de-escalation, but not if the dilemmas would lead to destabilizing choice options. Key to all this is a viable risk management strategy.

There are wide differences in perception between the US and China (and other authoritarian governments) in terms of what is “acceptable” behavior in competition below armed conflict. Examples from China include forced technology transfer, economic and military espionage to fuel China’s military advantage (i.e., military-civilian fusion), influence operations, offensive cyber operations, biological attacks, and the use of non-traditional intelligence collectors. Some of these aspects are examined in this SMA Perspectives paper.

The US perspective of this competition with China is discussed by Lt Gen (Ret) Jack Shanahan, who proposes exchanging a single-note (specifically, containment) strategy for a five “C-note” scale—cooperate, compete, contest, confront, and conflict—to enable the US to tune its policy response to specific issues, approaching each on its merits and allowing progress to be made (or not be made) independently.

Other aspects of the US-China rivalry are addressed by several authors throughout the course of the paper:

Finally, in the closing chapter, Dr. Allison Astorino-Courtois attempts to bring all of the contributors’ insights together to provide a deeper understanding of the complexities of competition between the US and China.

Please also find the recording of our virtual discussion centered around this paper at https://nsiteam.com/sma-perspectives-virtual-discussion-2/