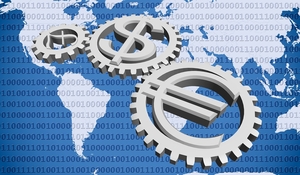 SMA hosted a speaker session presented by Dr. Abraham Newman (Georgetown University) as a part of its SMA General Speaker Series. Dr. Newman first explained his central argument: Economic networks form key hubs that centralize exchange. This process generates new types of coercive power for states, and deploying this power could create political risks for firms and geostrategic consequences for the US, allies, and adversaries. He then explained that globalization from private actions created world-spanning networks via global capital (i.e., global banks and the dollar clearing system) after the Cold War. These networks, Dr. Newman argued, are asymmetric. Not all nodes are equal; some nodes become hubs, and states with access to these hubs become “privileged.” These hubs provide points of centrality where actors can manage complexity, and these world-spanning networks have become more hierarchical as globalization has progressed. He then expressed concern about “privileged” states’ ability to use these hubs as levers of coercive power and used the SWIFT security system as an example. The SWIFT system records international transactions (almost 30 million per day), and according to Dr. Newman, it has been weaponized by the US government to combat terrorism and to impose sanctions on Iran, ultimately leading Iran to sign the Joint Comprehensive Plan of Action (JCPOA). He then touched on some of the international resistance against the SWIFT system, including Russia’s movement towards blockchain payment systems, China’s Cross-Border Interbank Payment System (CIPS), and the EU’s Special Purpose Vehicle. He stated that the primary threat that these actions poses to US power in finance relates to the global financial infrastructure behind the US dollar, rather than the dollar itself; if other nations continue to find ways to circumvent the SWIFT system, the US will lose its ability to keep track of all global financial transactions. To conclude, Dr. Newman stated that policymakers need a strategic understanding of the benefits and drawbacks of weaponized interdependence. These tools can be enticing and seem very useful and powerful; however, they can have long-term consequences. Therefore, there is a need for the US to establish rules of the road in order to minimize potential escalation spirals, decoupling, or market disruption.