What Deters and Why in Taiwan, Korea, and the Gray Zone 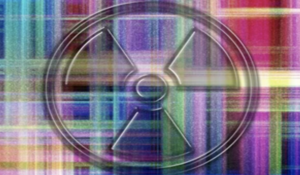 RAND’s study on deterrence focused on two phases: interstate and gray zone aggression. Dr. Mazarr began by stating that interstate deterrence is often incorrectly associated with military presence, which is only one variable considered in overall deterrence. Clear and consistent messaging can often deter an adversary from taking an aggressive action before a military conflict ever starts. The potential aggressor’s perception of its adversary and whether the potential aggressor views the adversary’s messages as credible are more meaningful variables relating to overall deterrence. Ultimately, if a messenger can communicate to an aggressor that it can achieve its objectives through nonmilitary means, then military conflict will likely be avoided.

Dr. Mazarr explained that gray zone aggression can be classified on three levels. Russian information operations (IO) on social media and China’s economic activity are on the lowest level, whereas a violent action by one of these actors is on the highest level. Similar to interstate deterrence, deterrence in the gray zone relies on understanding an actor’s role in society and what the actor ultimately wants to achieve. Mr. Heath focused on the likelihood of deterring Chinese military action against Taiwan if a conflict were to erupt. He outlined four general variables that will ultimately indicate if Taiwan will face an all-out attack by China: 1) general dissatisfaction, 2) fear that the situation will turn against China, 3) the level of Chinese interests involved, and 4) China’s sense of desperation. Ultimately, since the 1990s, China has moved further away from engaging in conflict with Taiwan because conflict with Taiwan could quite possibly lead to conflict with the US—a country that shares deep bilateral economic ties to China. The deepening of economic ties between the US and China has also weakened the USG’s ability to deter China’s aggressive activities because US policymakers are sensitive to slowing US economic growth. Moreover, China’s increased confidence in its perceived global power status has lessened its overall dissatisfaction with the status quo relating to Taiwan.

This speaker session was based upon our speakers’ two publications, entitled “What Deters and Why: Applying a Framework to Assess Deterrence of Gray Zone Aggression” (https://www.rand.org/pubs/research_reports/RR3142.html) and “What Deters and Why: The State of Deterrence in Korea and the Taiwan Strait” (https://www.rand.org/pubs/research_reports/RR3144.html).