A New World Order?: The West, China, and Russia Post-COVID 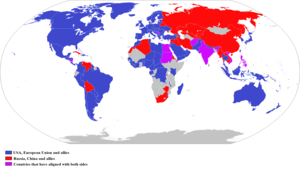 SMA hosted a speaker session presented by Mr. Raffaello Pantucci (RUSI) and Mr. Keir Giles (Chatham House) as part of its SMA UK MoD Speaker Series. Mr. Giles first discussed how Russia’s response to the COVID-19 pandemic and the way it perceives the state of its internal affairs indicates that it wants to emerge from the global pandemic as a major player in a less “imbalanced world.” During this crisis, the world has perceived Russia as being relatively quiet; meanwhile, according to Mr. Giles, its disinformation campaign and preparations to interfere in US politics have not ceased behind the scenes. Mr. Giles stated that at the beginning of the pandemic, Russia tried to take advantage of the Western world’s weakness by undermining sanctions and attempting to reach out to other European countries under a false guise of help and alliance. These attempts at soft power failed because they were not executed well. He then asserted that Russia has not experienced the same scale of domestic economic and social failure as much of the rest of the world because public perception in Russia has not changed much since before COVID; Russian citizens’ confidence in the country’s health care system and government was already low. Mr. Giles added that the main challenges that Russia currently faces are the state of its economy, its older demography, and management of its relationship with China. Since Russia did not seize the opportunity to reform its economy and reduce its dependence on energy and raw materials pre-COVID, it remains uncompetitive on a global stage. Furthermore, Russia’s demographic makeup has remained uneven since the fall of the Soviet Union. Mr. Giles claimed that Russia’s denial that these problems exist and its fear of causing social upheaval by addressing them is irresponsible and not realistic. Regardless, he argued that Russia will emerge from the global pandemic opportunistic and ready to take advantage of a world recovering from COVID.

Next, Mr. Pantucci discussed China’s shifting narratives during different stages of the pandemic and what geopolitical implications these shifts have. He argued that before COVID-19, China felt a great deal of pressure from the world, specifically regarding Huawei and the trade talks with the US. When the initial outbreak occurred, mismanagement of the disease increased this distrust abroad, as it was clear internal reporting was not conducted effectively, and no functioning systems were deployed to mitigate the crisis. After regaining control and administering extreme lockdown procedures to stop the virus’ spread, the narrative changed to one of medical heroism as Chinese businesses offered aid and supplies to other countries. Finally, Mr. Pantucci stated that, within recent months, China has changed its outward narrative to paint the virus as an external problem that China has completely solved, and any additional outbreaks are not China’s fault. This more confident narrative coincided with Chinese action in many of its interest areas, including Hong Kong, Taiwan, the South China Sea, and the border it shares with India. By taking advantage of the current instability across the world, Mr. Pantucci argued that China will continue to look for more opportunities to expand its sphere of influence.

Note: We are aware that many government IT providers have blocked access to YouTube from government machines during the pandemic in response to bandwidth limitations. We recommend viewing the recording on YouTube from a non-government computer or listening to the audio file below, if you are in this position.