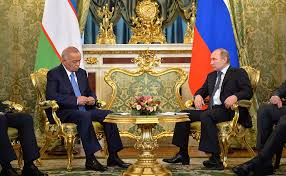 SMA hosted a speaker session presented by Dr. Marlene Laruelle (George Washington University) as a part of its Future of Global Competition & Conflict Speaker Series. Dr. Laruelle first discussed China’s and Russia’s current roles in Central Asia. China became Central Asia’s main economic partner in 2009. China has invested heavily in the region, and few immediate strings have been attached to this funding, though recipients have incurred massive state debts. China is also assisting regional integration overall, despite the largely bilateral nature of its projects. Russia, on the other hand, does not have a strong economic presence in the region, and it is viewed as an unreliable investor among Central Asian states. However, Russia dominates the security realm in Central Asia, from military equipment to educational training. According to Dr. Laruelle, China and Russia are adopting two conflicting strategies: China is promoting regional interactions (i.e., China is trying to bring Central Asian countries to the table and encourage them to cooperate), while Russia is trying to prevent them. Overall, the economic-security balance between China and Russia (respectively) appears to be effective, according to Dr. Laruelle. She then discussed the differences between Russian and Chinese soft power in Central Asia. Russia primarily relies on its Soviet legacy, reproduction of elites, cultural influence, media presence, people-to-people contacts (e.g., travel and migration), and Central Asian support of Russia’s posture in international affairs. In all, Russian influence in the region is viewed positively from a Central Asian perspective, according to Dr. Laruelle. China, however, is not as effective at winning hearts and minds in the region. China has limited cultural influence in Central Asia. Sinophobia, fear of Chinese “hidden goals,” and skepticism about the Belt and Road Initiative (BRI) also negatively impact Chinese soft power influence in the region. Dr. Laruelle then spoke about how the China-Russia relationship is more of a partnership rather than competitive in nature, arguing that the only potential area for competition between the two nations seems to be in the security realm. To conclude, Dr. Laruelle stated that Central Asia is a “test zone” for the China-Russia relationship, as the two nations find mutually beneficial strategies for a potential “post-American order.”