IRGC’s Role in the Black Economy 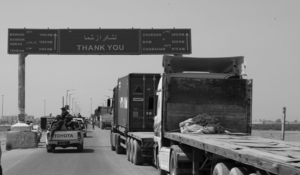 [Q1] What is the extent of Islamic Revolutionary Guard Corps (IRGC) involvement in black (criminal) economic activity in Iran and internationally?

*Caveat: The answer to the question of the extent of the IRGC’s participation in the black economy in unknowable in the open source. This is particularly true when it comes to the illicit black economy. Experts cautioned that since the nature of the activities in question are covert, criminal, and clandestine, all responses are based on personal expertise, inference, and anecdotal observations.

While official data do not exist, the informal (black) economy is estimated to be 35-44 percent of Iran’s stated gross domestic product (GDP), or some 160-200 billion USD. With even less certainty, experts and other sources estimate that Iran’s Islamic Revolutionary Guard Corps (IRGC) controls roughly a third of Iran’s total economy (both formal and informal). The extent of the IRGC’s involvement in the illicit black economy—comprised of drug, arms, alcohol, and other forms of smuggling—is unknown in the open source. Given that the questions driving this study were particularly focused on the IRGC’s role in drug trafficking, experts reach three conclusions: 1) it cannot be assumed that the IRGC as an institution is involved in narcotrafficking, 2) the Iranian public does not blame the IRGC for Iran’s opioid crisis, and 3) an information operations campaign could more effectively link the IRGC to Iran’s devastating opioid epidemic.