Is There A Win-Win Scenario for the Key Actors Concerned with the DPRK? – A Korea Strategic Outcomes Virtual Think Tank Report 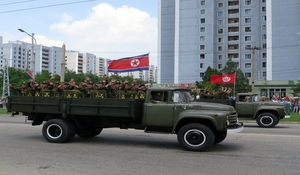 [Q1] Is there a win-win scenario for all of the key actors (DPRK, ROK, US, China, Russia)? If so, what might this look like?

This report summarizes the input of thirty-three insightful responses from the Korea Strategic Outcomes Virtual Think Tank (ViTTa) expert contributors. While this summary response presents an overview of the key expert contributor insights, the summary alone cannot fully convey the fine detail of the contributor inputs provided, each of which is worth reading in its entirety. For this report, the expert contributors consider the possibility of a win-win scenario for the key actors involved with the DPRK. This summary details the various perspectives that emerge.