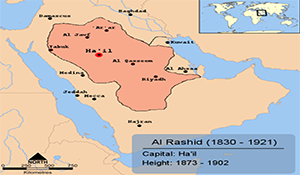 Question (R2 QL7): What significance will small military groups, particularly in Northern Syria, have in a post-ISIL Levant? How should CENTCOM best shape or influence these groups?

The primary theme that all of the experts touched upon is that there will be no single unified situation regarding either the military groups or status of northern Syria in a post-ISIL environment. The current fractured nature of the resistance groups in the area will continue, with different sub-regions experiencing different likely outcomes with different actors. Dr. Craig Whiteside (Naval War College) also includes the important caveats that a) post-ISIL means after ISIL loses its ability to control extended territory, as it will likely continue to hold control of villages across Syria and Iraq for some time to come; and b) this question is predicated on continued U.S. strategic interest in engaging in Syria in the near- and medium-term future. A third assumption is that these militant groups continue to operate. If a political solution can ever be reached, some of these militias will likely sign on to the agreement and may disarm or be incorporated into regime security forces, meaning many of them may be removed from consideration.

Assuming that the U.S. will continue some level of involvement in Syria, the wide variety of actors and situations on the ground will necessitate taking a broad variety of tactics, as each organization and population will require different approaches. In some instances, this may mean acknowledging that CENTCOM will be unlikely to be able to engage in effective ways and even where it can, as Mr. Vern Liebl (Marine Corps University) notes, may have to be resigned to only having limited and short-term influence.

Wide Variation by Region and Actors

The experts agree that there will be a wide degree of variation in what happens with the military groups after ISIL loses control over the extended territory of the caliphate. Faysal Itani (Atlantic Council) and Liebl both suggest that the vacuum left by ISIL will be filled by the Syrian regime, Kurdish forces, and the broad spectrum of Syrian opposition groups. Whiteside considers the remainder of the ISIL forces and those they manage to recruit part of this milieu as well.

Itani and Liebl offer that the Kurdish population will be one of the dominant players in northern Syria after the fall of ISIL, with the PYD continuing to serve as the political arm and the YPG as the militant one. The Kurdish groups are likely to hold their current territory along the northern border of the country as well as contest areas in the northeast. Their ability to hold ground much in more ethnically diverse territories may be less effective, but as a militia and a political force, they are likely to remain a key player. Itani notes that some of the Kurdish power in the northeast will be contested by various Arab militias, some of which participated as part of Euphrates Shield. Liebl describes the wide variety of militias that are likely to compete for power, each of which has their own agenda. Jabhat Fateh al Sham (JFS, formerly al-Nusra) may attempt to gain some control here as well, but is likely to be poorly received by the local population and may instead be coopted by ISIL.

Northwest of Aleppo and into Idlib Province, where ISIL has had no real influence, are likely to continue to see the influence of JFS and the only somewhat more moderate Salafi Ahrar al- Sham. The only major contender for control against them in the region will be the regime coming from the south and Aleppo, but it may take extended periods of counterinsurgency efforts to fully eliminate them (unless they can be brought into a political solution, which JFS has shown no interest in and Ahrar al-Sham seems to be divided on), meaning they are likely to remain active and violent, if underground.

Whiteside focuses on the Salafi groups, particularly on what the remnants of ISIL will likely do in the wake of such an event. Under different names, he argues, the Islamic State has been in a similar position twice before, which will likely serve as an indicator of how they may react in the future. A defeated ISIL would find core areas in Iraq and Syria where the reach of the government is limited, which would include dozens of places in Iraq (particularly in Anbar, the Jazira desert, and Diyala and Salahuddin provinces) and even more in Syria. In these locations, they would try to keep the flames of resistance alive while waiting for opportunities to take advantage of the environment (such as poor governance or sectarian behavior). They would likely not only do so using their own forces, but would attempt to recruit and coopt other Salafi groups and fighters into an umbrella movement, as they did (as Tawhid wal Jihad and later AQI) in Iraq in 2003-2006, using financial and political rewards as a recruiting incentive.

In addition, there are a number of other, more pro-regime militant organizations that will be vying for control, including the regime itself and Hezbollah (as well as the Syrian-based Shi’a militias backed by Iran). These groups will be attempting to solidify the regime’s control, but what and how they do so, and how they interact with other extant militias, is highly uncertain at this point.

CENTCOM Engagement Will Have to Be Tailored

All of the experts agree that future engagement from CENTCOM will have to be tailored to the specific group they are attempting to influence and much of it will depend on how the political situation unfolds. Itani notes that relationships do exist between the US and some groups, but were mainly forged in the covert operations rooms set up in Jordan and Turkey rather than via CENTCOM, and have been strained by local perceptions that the United States is no longer concerned with the war and focuses exclusively on ISIL and, increasingly, JFS. Repairing these relations and re-establishing credibility will be a challenge, but important if CENTCOM wishes to exert lasting influence rather than just transactional engagements. Below are examples provided by the experts of particular militant groups and advice on how to engage them.