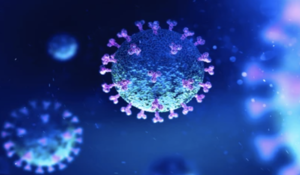 Sir David argued that the COVID-19 pandemic has caused countries to realize that they must broaden their definition of national security threats. As proof that some nations are already doing this, Sir David cited the creation of the Joint Biosecurity Center in the UK, which was developed in the image of its Joint Terrorism Center. The creation of the Joint Biosecurity Center is likely the first of several new centers that will help the UK grow its capability to predict the impact of future national security risks, such as climate change. Sir David emphasized that an increase in a country’s ability to predict the impact of future security risks–and thus properly scale the problem–will help combat a sense of over-optimism or pessimism, both of which can lead to a distortion of reality. Sir David concluded his remarks by pointing out that as a result of COVID, some nations have started to adopt surveillance technologies and practices that jeopardize the individual freedoms of their civilians. The creation of new surveillance states could potentially be the beginning of an ideological battle between China’s surveillance society and the US’s ideology based on individuality, he suggested.

Next, Sir Simon argued that how countries are handling the COVID-19 pandemic is predictable and that ultimately, the pandemic is evolving into an endemic. Furthermore, he believes that nations have overestimated the amount of coercion needed from local governments to force civilian populations to follow COVID-19 restrictions. He argued that when faced with adversity, individuals will act altruistically and mutually defend and support their neighbors during times of need. Furthermore, the analogy between the COVID-19 pandemic and wartime that many nations’ leaders use frequently is not accurate. During wartime, UK society has always remained open, and leaders were careful not to break up social circles, which, Sir Simon suggests, is the best way to decrease societal anxiety. During the current pandemic, UK society has shut down numerous times, and individuals’ social circles were disrupted by local mandates from government. Sir Simon also argued that the depiction of the UK’s civilian population in its news media as socially irresponsible and reckless is mostly false. In reality, most of UK society has been and will continue to be reluctant to rejoin everyday society due to fear of catching or spreading the virus. Ultimately, however, the pandemic may have helped increase the overall security of countries by emphasizing what many leaders have been arguing for some time: that a pandemic is their largest national security threat.